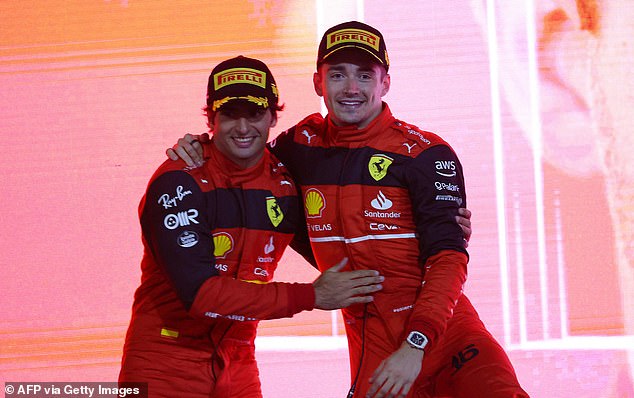 ‘Our drivers are free to fight’: Ferrari chief Mattia Binotto insists it’s still too early to give team orders, despite Charles Leclerc pulling 38 points clear of team-mate Carlos Sainz Jr after the opening three rounds of the F1 season

Ferrari team principal Mattia Binotto insists it’s still too early in the 2022 season to consider team orders between his Formula 1 drivers. Despite the racers’ current positions, Binotto has made it clear that both drivers remain clear to go for wins right now. ‘It’s only three races which have been done now,’ the Ferrari chief told AutoSport. The Italian team are very much the team to beat after the opening three rounds of the Formula 1 calendar. Former F1 driver Eddie Irvine had previously urged Ferrari to consider using team orders already at this stage of the season with Leclerc opening up a big gap at the top of the drivers’ standings.