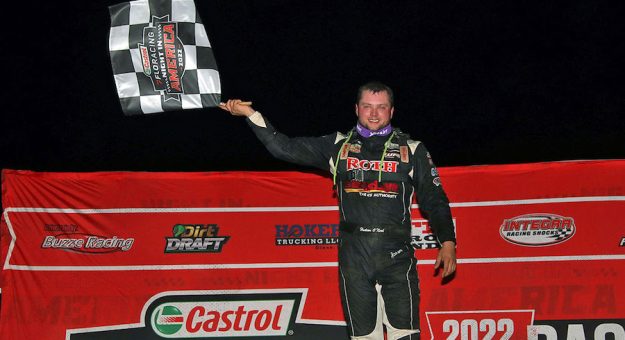 O’Neal Rides The Cushion At Marshalltown

MARSHALLTOWN, Iowa — Hudson O’Neal says his Double Down Motorsports team has been inching toward success in recent weeks. “I couldn’t see behind me, but my guys were giving me a pretty close signal, so it had to be a pretty good race behind me,” the third-starting O’Neal said. “We’re really really good right now and arguably the best I’ve been,” O’Neal said. I spent most of the time through the middle and then Gustin moved down and I knew I had to get up there to pass him,” O’Neal said. I knew just running around there pacing them first 20 laps, I knew I had a good race car. I don’t have an actual tire guy who picks ‘em — I have to pick them and I don’t want to pick them,” he said.