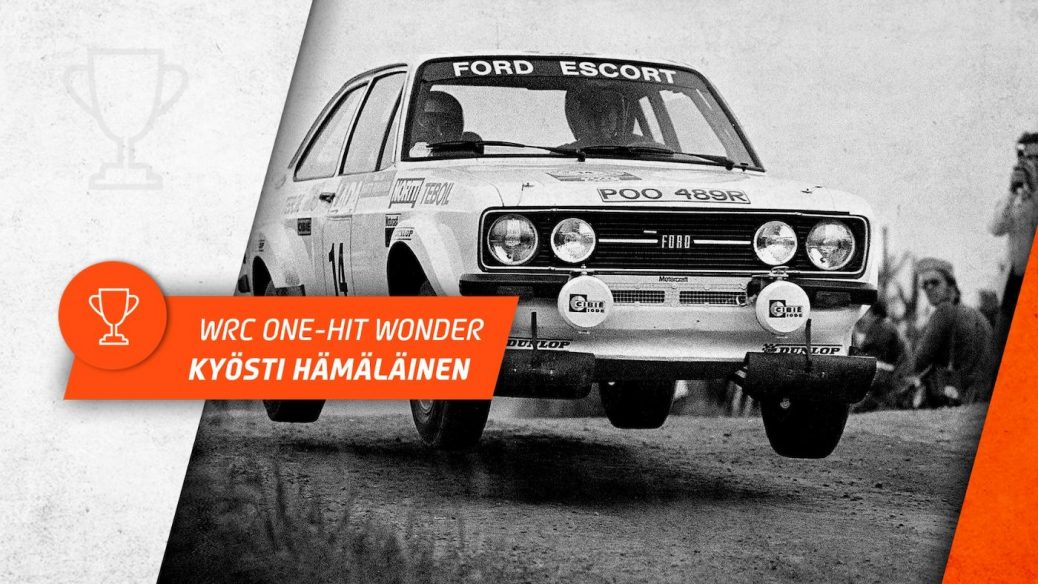 It’s 43 years since Kyösti Hämäläinen sprang one of the sport’s biggest shocks to join the
group of WRC’s one-hit wonders – those drivers who celebrated one victory in their FIA World Rally Championship career. There’s nothing new about a Finn winning in Finland and Hämäläinen’s credentials – two national titles – were right up there. Alén was out front until Saturday afternoon, but Hämäläinen simply wouldn’t let him off the leash. Taking six seconds out of Alén in the Kokkosenlahti test convinced Hämäläinen of his own chances of a famous win. Hämäläinen was in the clear and on his way to an incredible win.