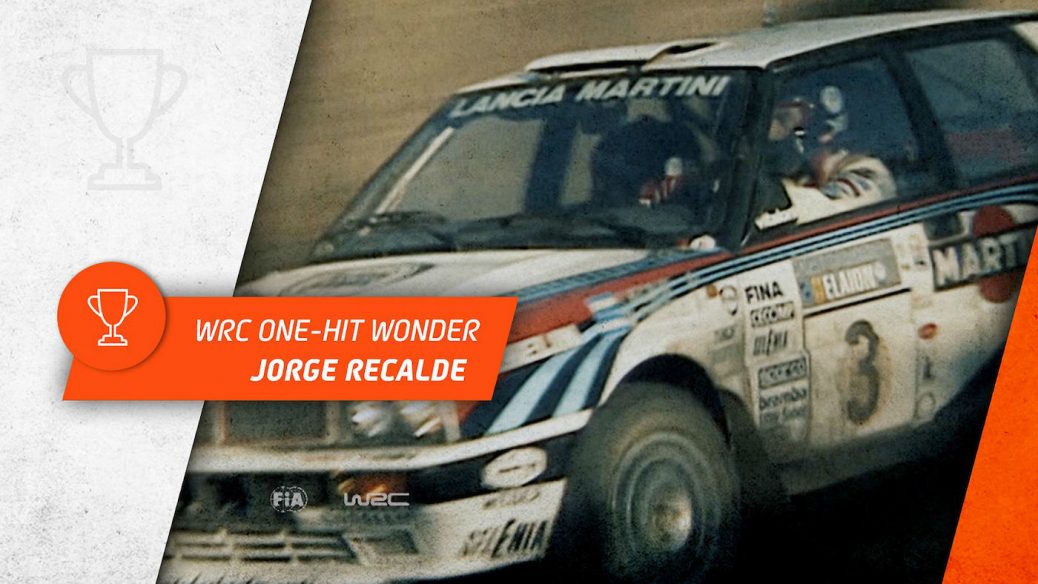 Thirty-one drivers form the group of WRC’s one-hit wonders – those drivers who proudly sprayed the champagne from the top step of an FIA World Rally Championship round once in their career. We tell the story of six of the best in a weeklong series, starting today with Argentina’s Jorge Recalde. Lancia driver Miki Biasion was at the height of his power as he moved towards his maiden FIA World Rally Championship title in 1988. Born in Mina Clavero, a town at the heart of Rally Argentina’s route, Recalde was 20 when he won his first rally. When the WRC arrived in Argentina, Recalde was straight on the case and guided a Datsun 160J to the podium and third place in 1981. Second in 1987 gave an insight into how much speed and experience Recalde had on his home roads, but his victory over Biasion 12 months later was a drive of pure class.