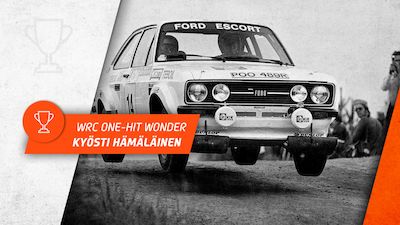 While Harri Rovanperä is fast becoming the FIA World Rally Championship´s most famous father, he´s no stranger to success in his own right. Nineteen years ago in Sweden, he claimed a WRC victory that earns him a place in our list of one-hit wonders. Harri joined Peugeot for the 2001 season after Seat announced its WRC withdrawal. The 206 WRC had made an immediate impact with six wins from 14 rounds in 2000, the drivers’ crown for Rovanperä’s fellow Finn Marcus Grönholm and the first of three successive makes’ titles. By the finish his Peugeot record was 100 per cent: one start, one win. It’s doubtful, however, the Rovanperä household will remain without another WRC win for too much longer….