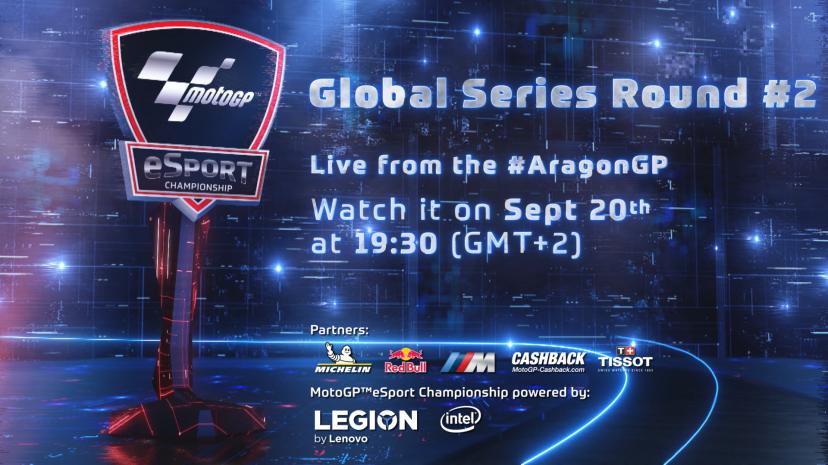 The second round comes from Motorland Aragon during the #AragonGP, with the Live TV Show taking place on Friday 20th September at 7.30pm
The final phase of the 2019 MotoGP™ eSport Championship burst into life at the Misano World Circuit Marco Simoncelli last weekend and just six days on the second of three rounds offers competitors a chance of redemption at the #AragonGP.
The gamer with the most points after the sixth and final race will hoist the third ever MotoGP™ eSport Championship above their head.
The stakes are higher than ever as gamers worldwide battle to become the third MotoGP™ eSport World Champion.