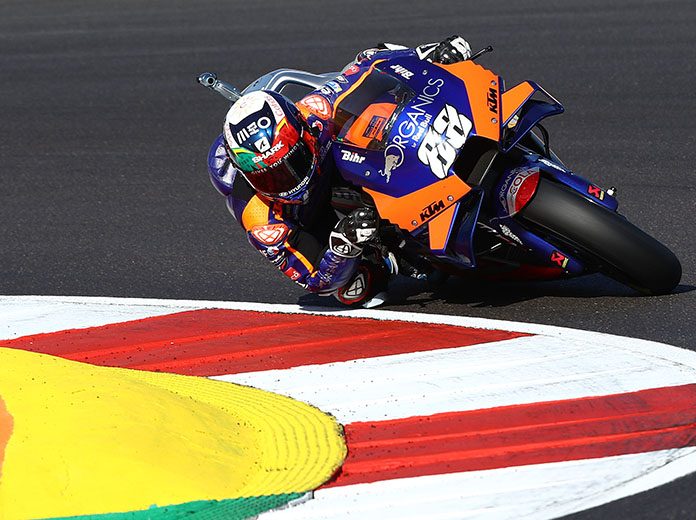 PORTIMAO, Portugal – Miguel Oliveira completed a dream weekend in his home country of Portugal by riding to his second MotoGP victory of the season at Autódromo Internacional do Algarve. He rocketed into the lead in the first corner and by the end of the first lap led by more than half a second over Franco Morbidelli. After three laps Oliveira was 1.5 seconds up on the battle for second as Morbidelli found himself in a fight with Jack Miller for the runner-up position. By the time the field got to lap seven, Oliveira had built his led to three seconds.