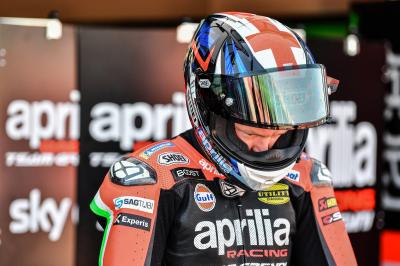 Oliveira fastest ahead of Day 3 at Misano

According to SKY Sport MotoGP who are on the ground at the private MotoGP™ Misano test, Red Bull KTM Tech 3’s Miguel Oliveira was the fastest man on track during Wednesday’s action as KTM, Ducati, Aprilia and Suzuki ramped up testing. After bedding themselves back into action on the thoroughbred premier class machines, the second day at the Misano World Circuit Marco Simoncelli was used as a proper development and testing day, with Aprilia Racing Team Gresini’s Aleix Espargaro and Bradley Smith working on which engine spec the Noale factory will use for 2020.