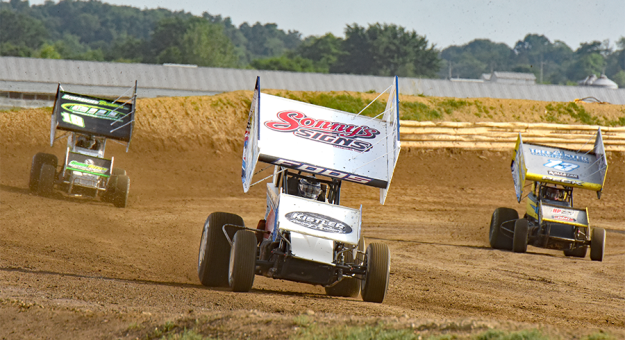 CHILLICOTHE, Ohio — The 40th annual Cometic Gaskets Ohio Speedweek heads for Atomic Speedway for Wednesday night’s round six of the nine-race series sanctioned by the All Star Circuit of Champions. • Longtime sprint car racing supporter Stephanie Linder, of Fremont, Ohio, was recognized with a plaque by All Star officials on Sunday night at Fremont Speedway for her “Dedication to Ohio Speedweek.”. Bell won on Tuesday night at Sharon Speedway, his third career victory at the three-eighths-mile track. • A pair of World of Outlaws champions made their first appearances of this year’s Ohio Speedweek at Sharon. Swindell won the Ohio Speedweek championship in 1990 and ’91, while Blaney claimed the title in 1989. • The 40th Ohio Speedweeks may be one of the hottest on record.