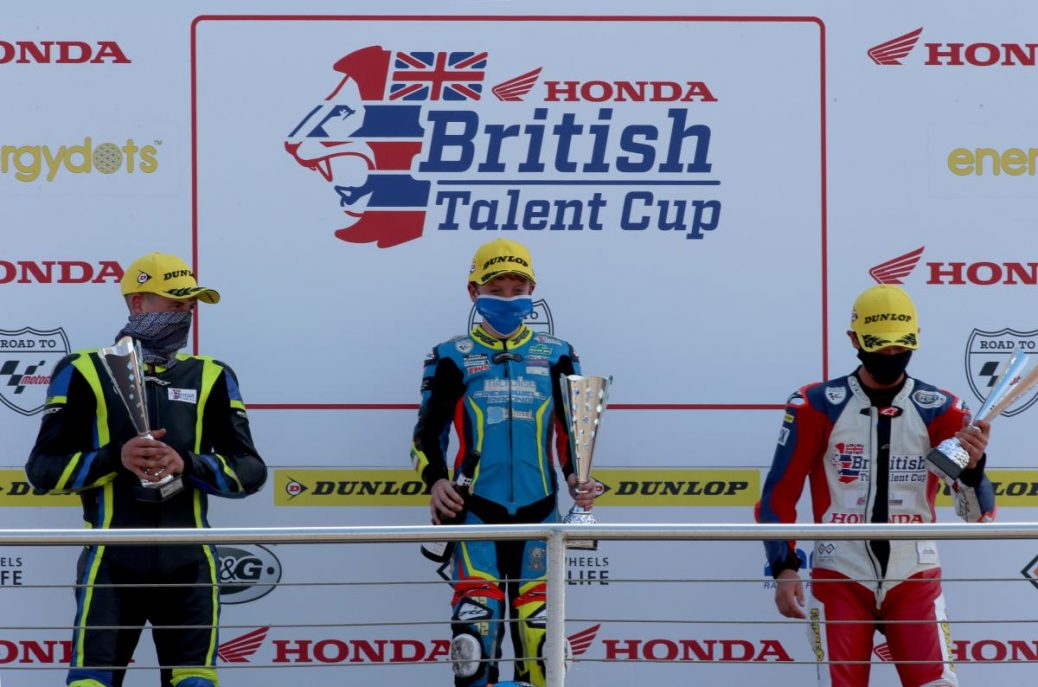 O’Gorman victorious in a close-fought first race of 2020

Casey O’Gorman has won the season opener for the Honda British Talent Cup, with the Microlise Cresswell Racing rider fighting off a late charge from Franco Bourne (Franco Bourne Racing / SP125 Racing) and Charlie Farrer (Victoria House Academy/Mortimer Racing) to take to the top step. O’Gorman took the holeshot from pole and Bourne moved up into second off the line, but the number 71 of Farrer didn’t take long to strike back. It was all heating up at the front by Lap 7 as Farrer attacked for the lead and took it, with Bourne not leaving it long to swamp O’Gorman as well and both getting past. Bourne had taken over at the front on Lap 10 again too, before O’Gorman returned the favour. But it remained a top five front group for much of the first half of the race. On Lap 14 though there was a shake up with some lapped traffic, with Bourne, Farrer and O’Gorman getting through quickly and Lyons tagging onto the back, but Harvey Claridge found himself dropped into a little no man’s land in fifth. O’Gorman took the win to back up his awesome clean sweep in testing, and Bourne managed to pick Farrer’s pocket to take second, with the number 71 completing the podium.