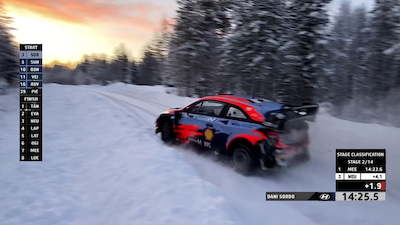 Defending world champion Sébastien Ogier has been left to dig his Toyota Yaris WRC out of deep snow, 200m from the flying finish on Saturday’s final stage at Arctic Rally Finland, powered by Capital Box. Lying in fifth position going into Saturday’s final test – the second run of 19.91km Kaihuavaara – Ogier was caught off the line entering the final corner, seeing his Yaris slam into a snowbank. Both he and co-driver Julien Ingrassia emerged from the car unharmed, but were left facing the daunting task of digging out their car. “The tyres were gone, obviously like for everybody,” he stated on WRC All Live.