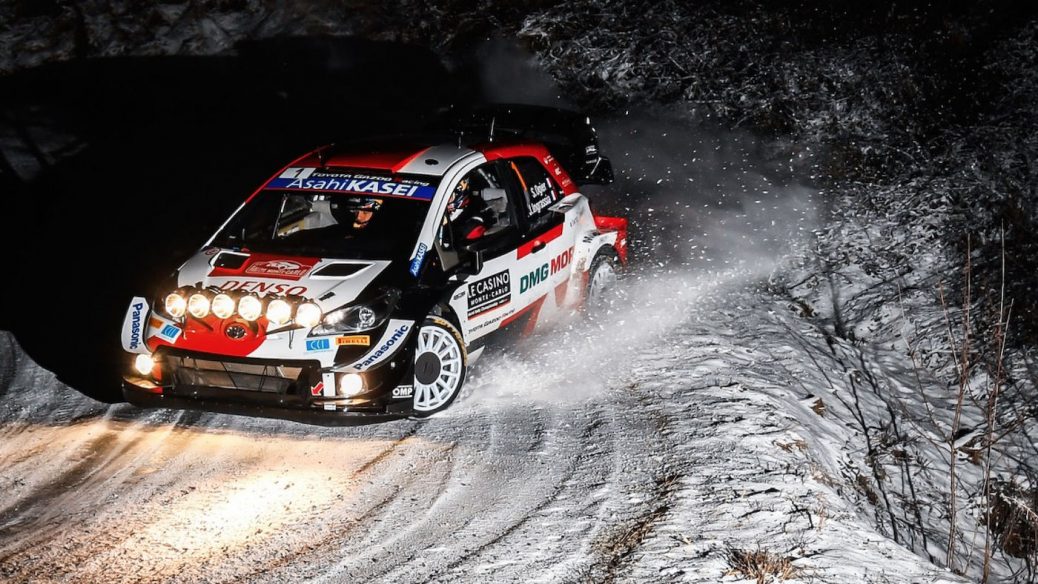 Sébastien Ogier took a huge step towards securing a historic eighth Rallye Monte-Carlo win on Saturday after recapturing the lead to head a clean sweep of the podium places for Toyota Gazoo Racing. After losing top spot due to a flat tyre yesterday afternoon, Ogier regained the initiative from Elfyn Evans with a stunning drive in darkness on snow and ice-covered roads in this morning’s opening speed test. Although Evans claimed back time by winning the final stage, Ogier made the journey south to Monaco with a 13.0sec advantage in his Yaris with one day remaining. “Conditions in this morning’s opening stage were very difficult,” said Ogier. Ott Tänak’s hold on third ended when he punctured twice in successive stages.