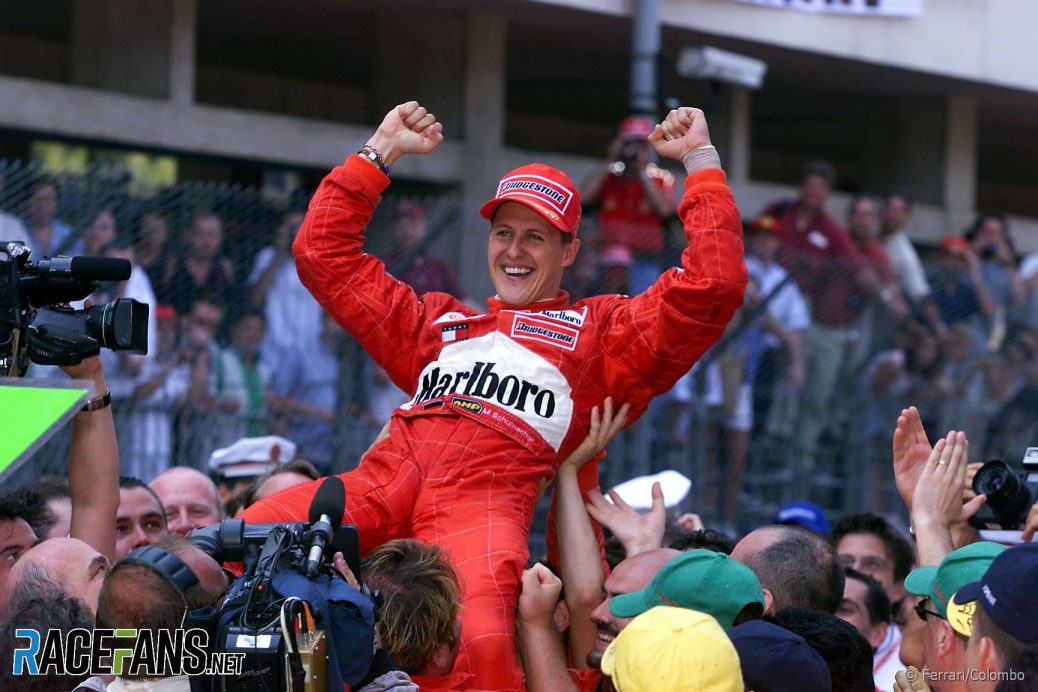 A new, officially-sanctioned film documentary about the life of Michael Schumacher has been produced with the support of the seven-times champion’s family.
“Schumacher”, which has been directed by German filmmakers Michael Wech and Hanns-Bruno Kammertöns, is in the final stages of production according to a report in Variety.
Schumacher’s spokesperson Sabine Kehm said they are “happy this film will be in the hands of such ambitious and sensitive professionals.”
The film will include previously unpublished footage and interviews with Schumacher’s family and rivals.
Schumacher is Formula 1’s most successful driver in terms of world championship victories (seven) and race wins (91).