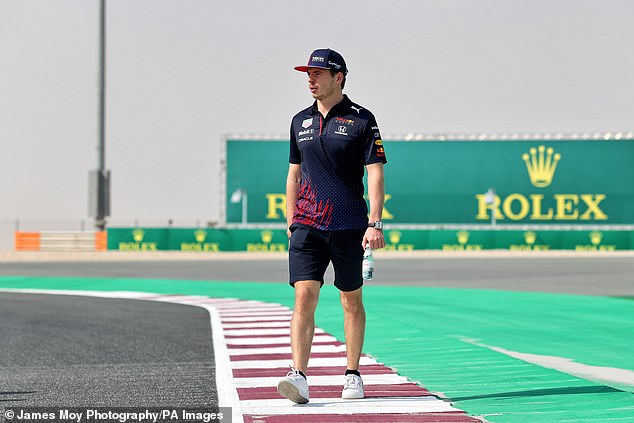 Off the circuit again, Max? Red Bull star Verstappen is pictured on a rare track walk in Qatar – after previously admitting he ‘can’t be a***d’ to do them – as he waits to face the music at hearing in the wake of tussle with rival Lewis Hamilton in Brazil