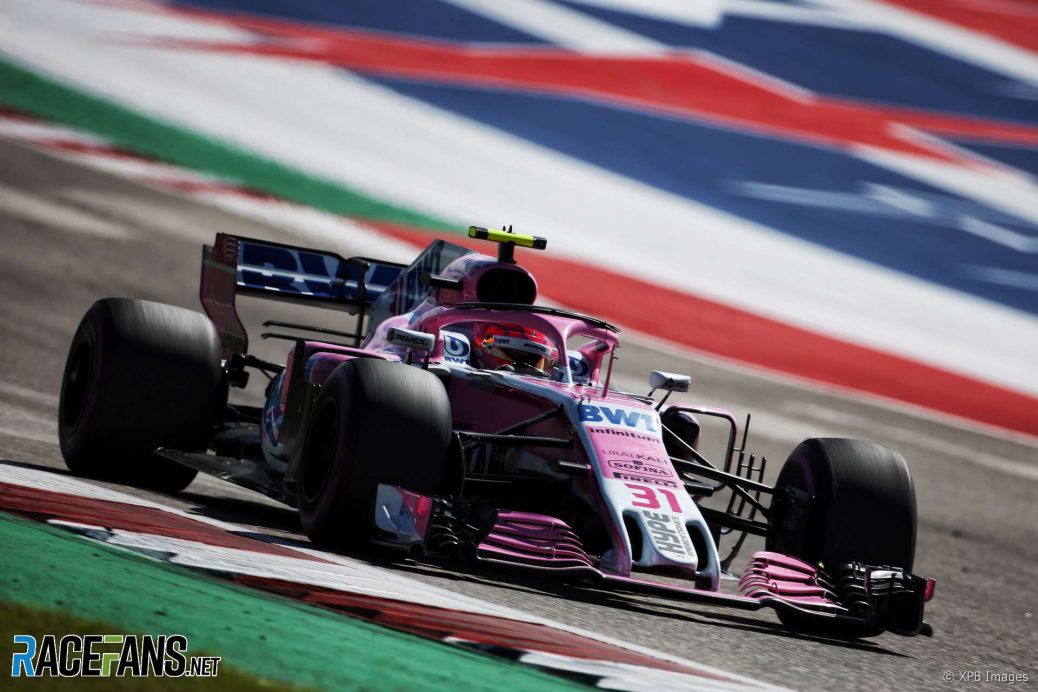 Esteban Ocon’s disqualification from the United States Grand Prix came about because of a problem related to new software from engine supplier Mercedes, the team has revealed.
Ocon’s disqualification was one of a series of setbacks for the team in recent races which has hurt their chances of beating McLaren to sixth place in the constructors championship.
“I don’t know how many points we lost there but again because we we’re thrown out the McLaren gained some points,” said Szafnauer.
Force India failed to score in Mexico as well after Ocon was involved in a first-lap collision and Sergio Perez retired when his brake pedal went long.