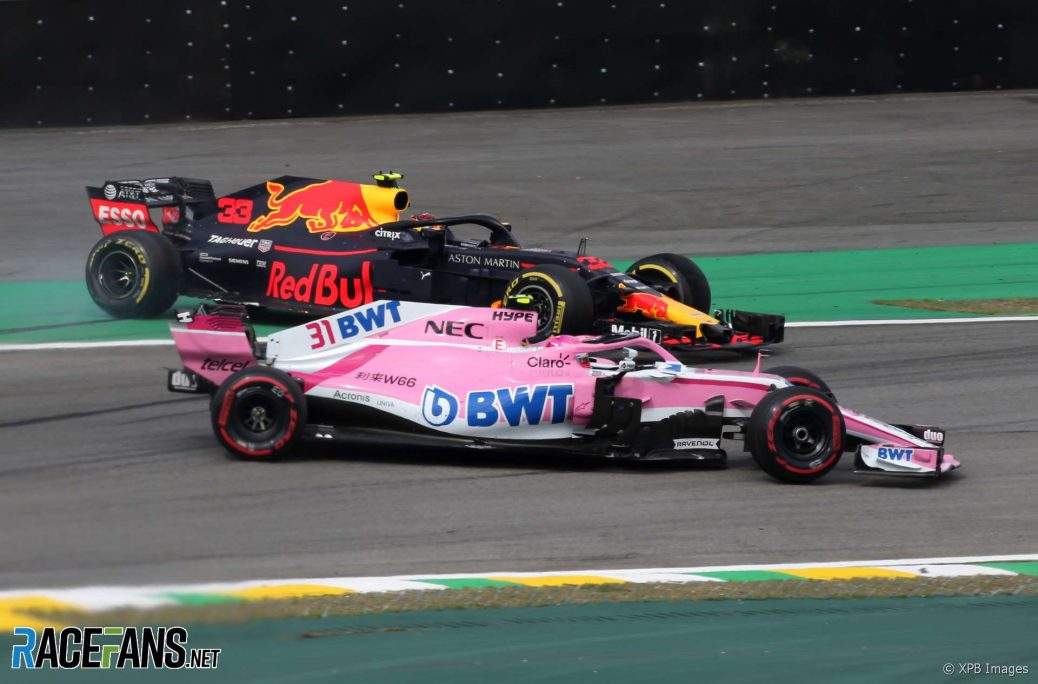 Fia race director Charlie Whiting has shed light on Esteban Ocon’s stiff penalty for tangling with Max Verstappen in the Brazilian Grand Prix.
Whiting confirmed Ocon was allowed to do so but.
“If he’s got the pace then normally one would expect Red Bull to say ‘Ocon’s got the pace, just let him through’, that sort of thing.”
Whiting, who can refer incidents to the stewards but does not rule on them, says it should have made no difference to Ocon’s penalty that Verstappen happened to be the race leader.