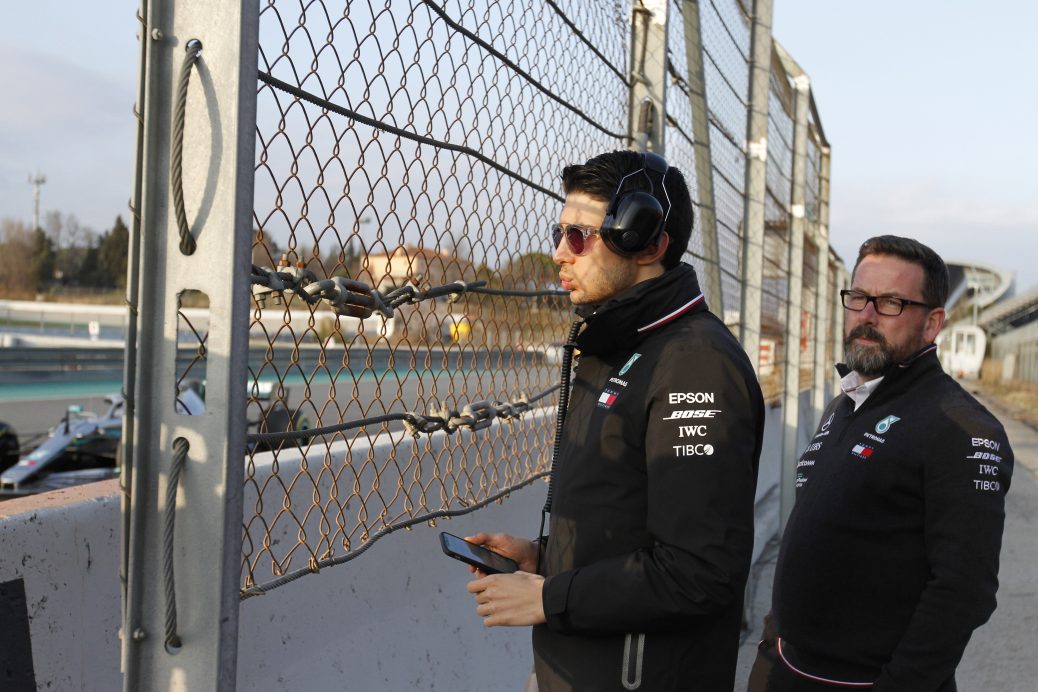 Mercedes reserve driver Esteban Ocon says he is already learning a lot in his new role from observing Lewis Hamilton’s “impressive” post-session debriefs during pre-season testing.
Ocon lost his Racing Point seat to Lance Stroll following the former Force India’s squad’s takeover by Stroll’s father, Lawrence Stroll, amid financial difficulties last year, and has been left without a drive for the upcoming season.
Esteban Ocon: “It’s a good new role, it’s very interesting and I’m learning a lot but for sure I look forward to test the car.”