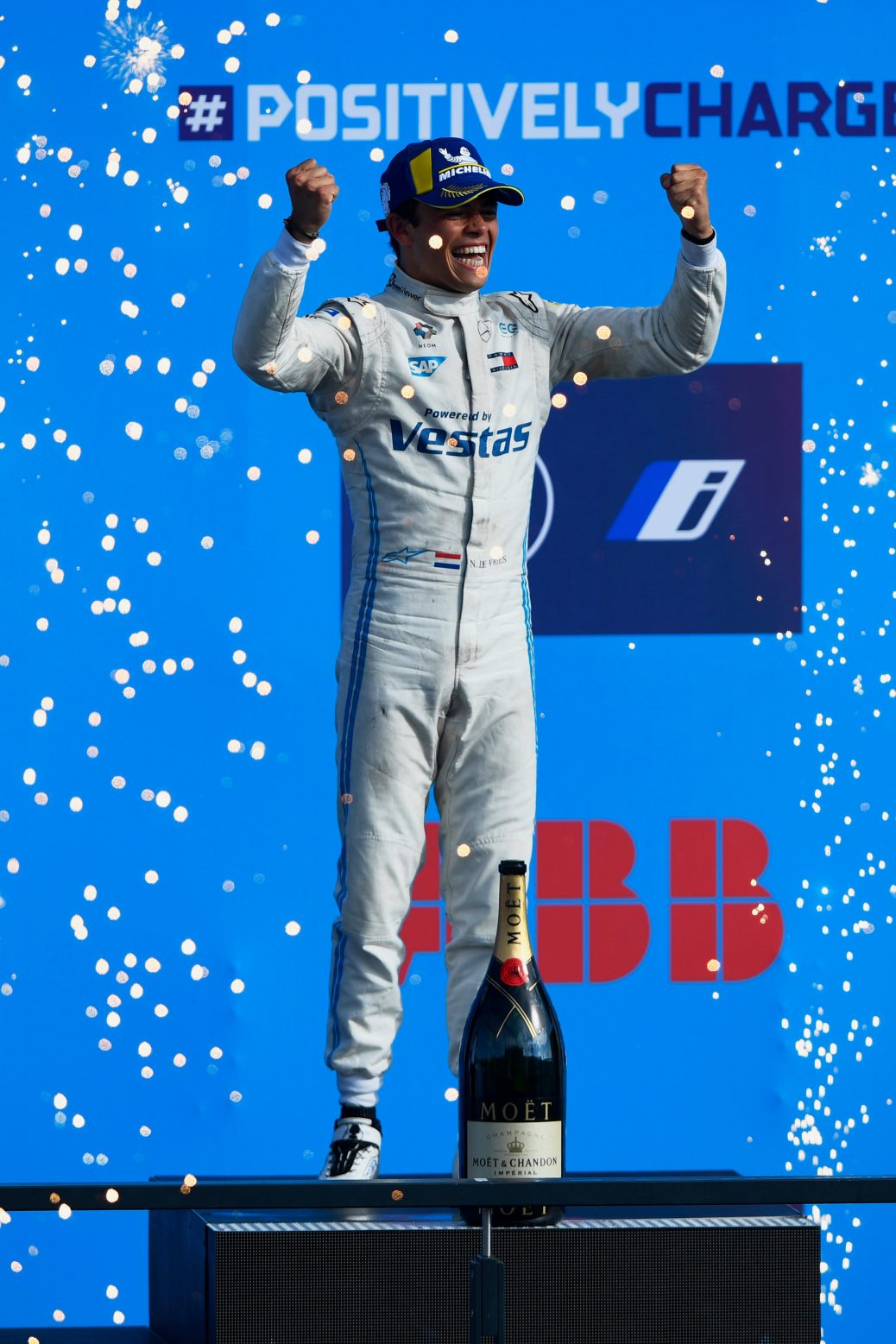 MERCEDES’ Nyck de Vries won the Formula E drivers’ championship after three of his title rivals crashed out of the final race of the season in Berlin. Two title contenders were wiped out instantly at the start of the race when Mitch Evans’ car did not move when the lights went out as his rival Edoardo Mortara smashed into the back of his stationary Jaguar. This left Brit Jake Dennis with a huge chance to clinch the title but he then crashed out after the restart of the race. De Vries hung on to eighth place to wrap up the title as his teammate Stoffel Vandoorne finished third, meaning Mercedes won the teams’ title.