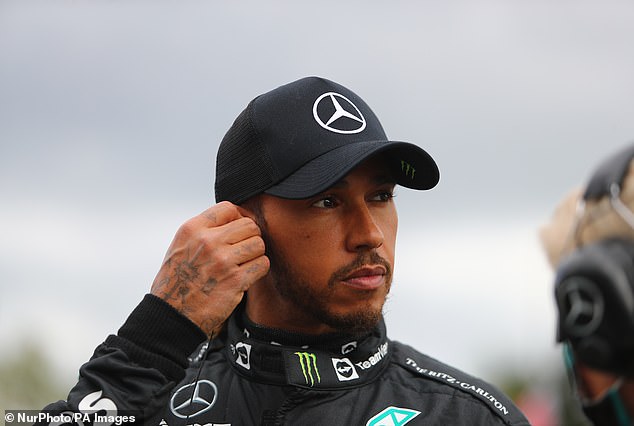 Now Lewis Hamilton is thinking ‘will I ever win that eighth title?’: Mercedes ace could quit if he isn’t winning by Silverstone, warns Grand Prix veteran John Watson

Lewis Hamilton has stopped off in New York — ‘My fav city’ — as he pursues his self-styled ‘masterpiece’, namely an increasingly elusive eighth world title. ‘I felt sorry for Lewis in that race,’ Watson told the Mail on Sunday. It was a graphic disparity because Lewis has never been outgunned by a team-mate to such a degree. Perhaps in a strange way it has been harder for Lewis to take.’. ‘The verbal tussle was interesting,’ said Watson, a five-time Grand Prix winner in the 1970s and 80s. And for Lewis, given his age and the whippersnappers coming through, every year will be more and more difficult. It threatens to be a slow and painful journey back even for the redoubtable Lewis.