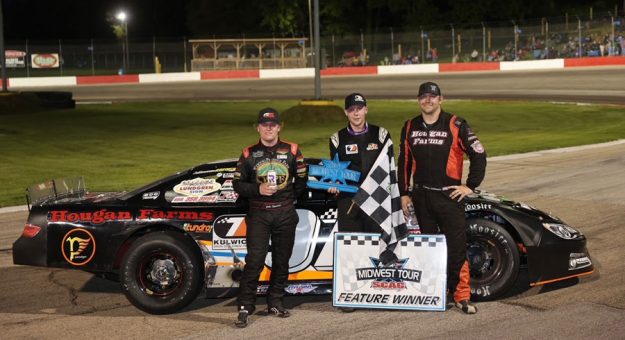 JEFFERSON COUNTY, Wis. — The Nottestad family has won multiple championships and victories at Jefferson Speedway in Wisconsin and on Saturday night, another generation of the family claimed a historic win. Nottestad led the field to the green flag as he and Sommers were on the front row. On the restart, Nottestad would get out ahead of Sommers until the second caution flew on lap 55 for Justin Mondiek’s spin coming out of turn two. DeAngelis would get by Sommers for second place on lap 61 and tried to find a way to get around Nottestad, but his numerous attempts came up short until the final caution flew on lap 74. On the final restart, Nottestad would continue to lead as Sommers reclaimed the second spot from DeAngelis. At the line, it was Nottestad getting the checkered flag, followed by Sommers in second and Johnson in third.