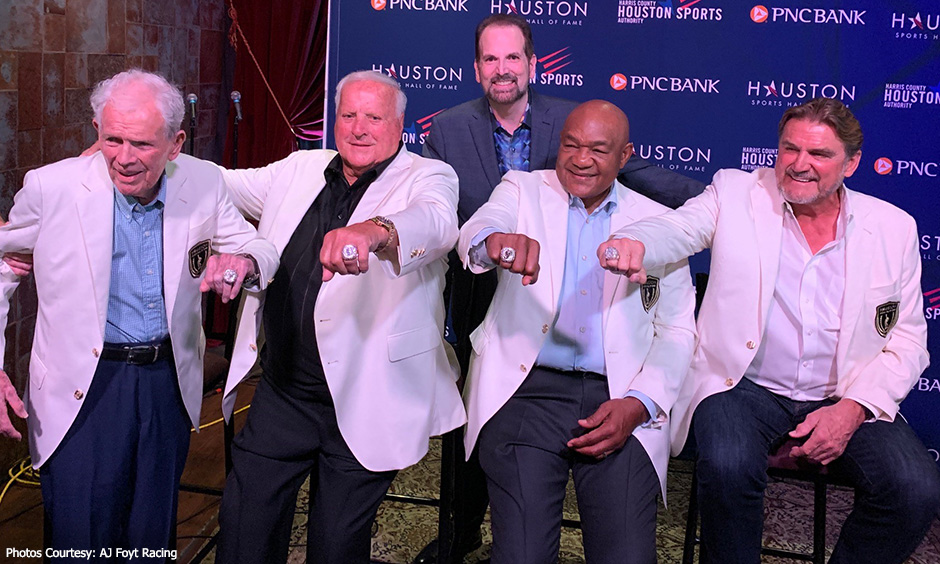 A legendary racing career that began six decades ago at Houston’s Playland Park, a quarter-mile racetrack, came full circle Tuesday night when A.J. Foyt received his Houston Sports Hall of Fame ring in a ceremony at the House of Blues.
Along with Foyt, the first four-time Indianapolis 500 champion and winner of more Indy car races (67) than any driver in history, fellow inductees were: Jackie Burke Jr., a Masters and PGA golf champion; George Foreman, the two-time world heavyweight boxing champion and Olympic gold medalist; and Dan Pastorini, the NFL quarterback who played nine seasons with the Houston Oilers.