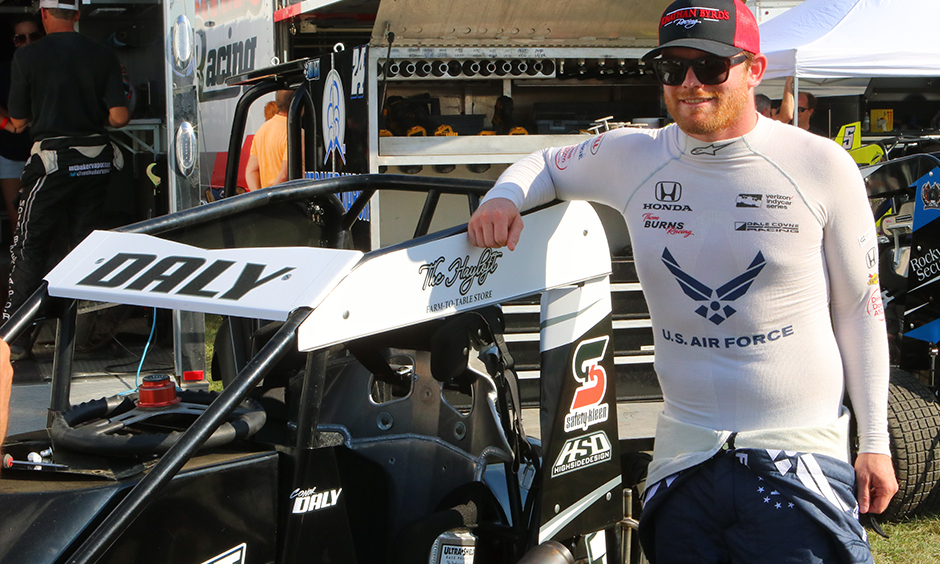 Verizon IndyCar Series driver Conor Daly enjoyed his first midget race so much that he’s signed up for two more – including the prestigious Chili Bowl in January.
With backing this time from long-time racing supporter Jonathan Byrd’s Racing, Daly will run an indoor dirt race Dec. 15 at DuQuoin, Illinois, before taking on the massively popular Chili Bowl in Tulsa, Oklahoma, from Jan. 14-19.
David Byrd, who handles the Byrd racing program named for his late father, is excited for the opportunity to get Daly into a car as well.