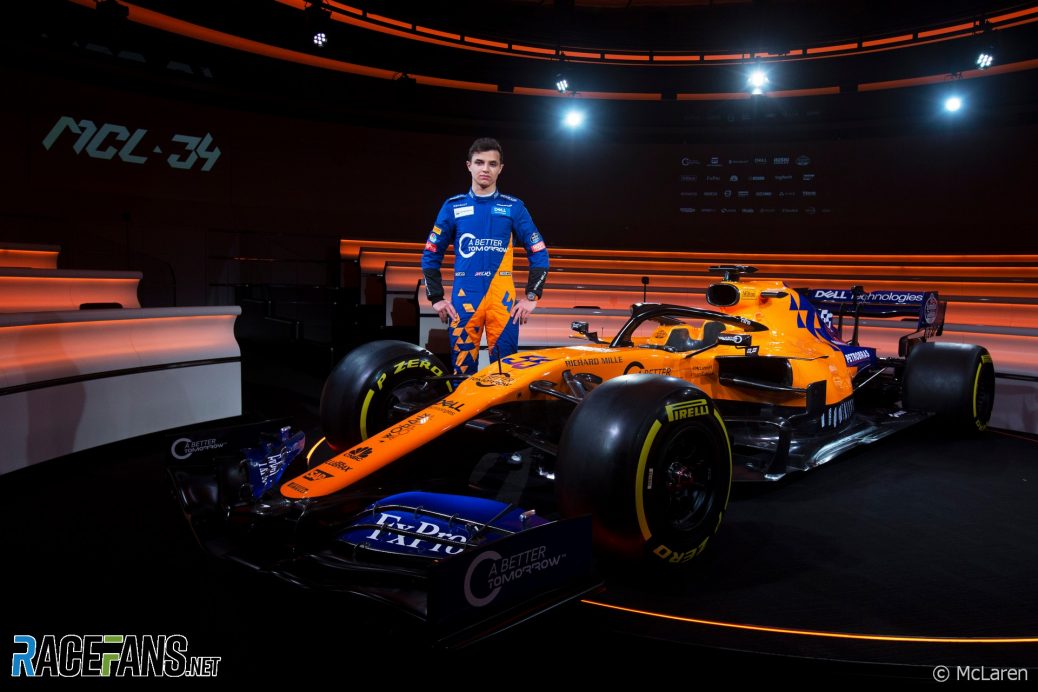 Lando Norris says he isn’t going out of his way to seek help from his McLaren predecessor Lewis Hamilton ahead of his Formula 1 debut for the team.
But Norris, who will become Britain’s youngest ever F1 driver, says he doesn’t know Hamilton personally.
“I think me wanting to be the best I can, I just learn from anyone, whether it’s from Carlos [Sainz Jnr], Fernando [Alonso] or Stoffel [Vandoorne], there’s things I’ve learned from from all of them which will help me improve.”
Norris said his only encounter with Hamilton was during a press conference at the end of last season.