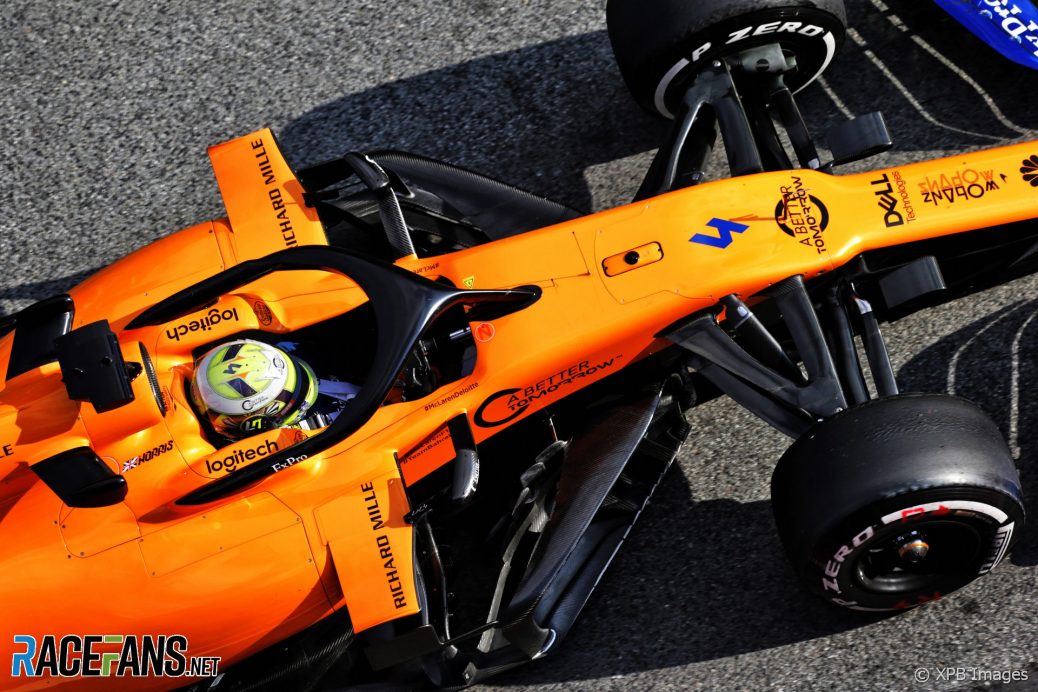 Norris: McLaren ‘knows what the problems might be’ on new car | 2019 F1 season

Lando Norris says McLaren has an idea what problems it may encounter with its new car for the 2019 F1 season and is ready to tackle them.
The team ended testing second-fastest for the second day in a row on Tuesday when Norris drove the car for the first time.
Lando Norris: “We know what that problems might be on the car that could come up so it’s just making sure we figure them out before Australia and [they don’t] pop up knowing that we could have fixed it at some point over the next two weeks.”
McLaren endured a difficult 2018 when it discovered a fundamental aerodynamic problem on its car mid-way through the season.