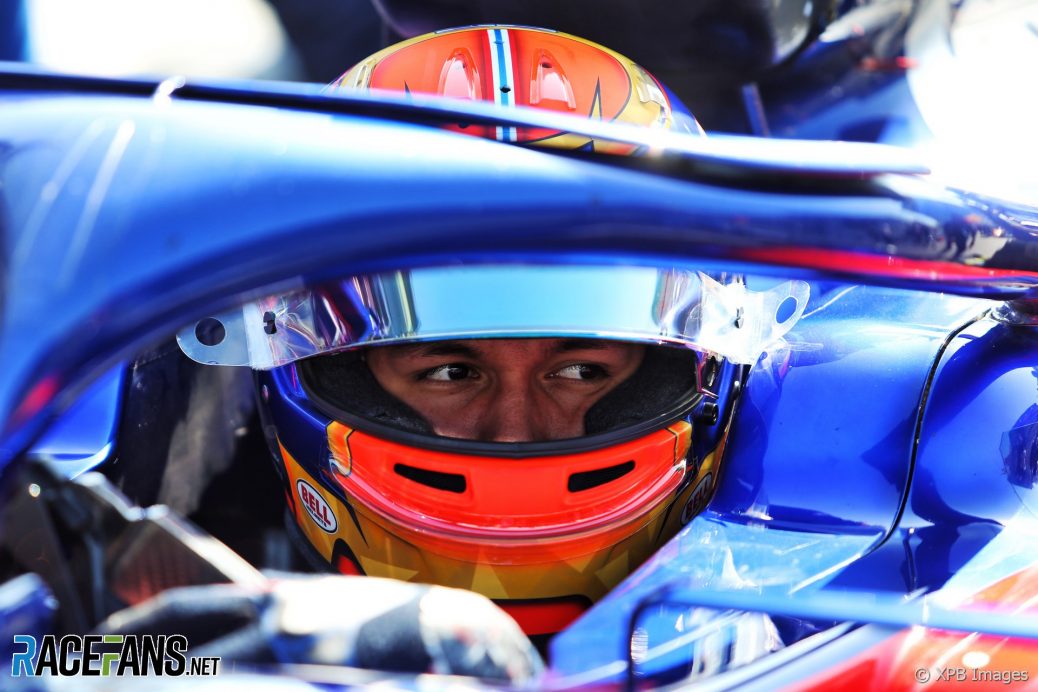 Alexander Albon will have to make so without the new ‘spec three’ power unit his fellow Honda users will race at the French Grand Prix.
Albon also replaced his engine that weekend following his crash in practice but that engine has subsequently returned to his ‘pool’ of available hardware, putting him in a more advantageous position for avoiding future penalties.
Honda introduced its ‘spec two’ power unit at the Azerbaijan Grand Prix.
Honda: “But we don’t expect a massive gain from it.”
Honda: “It’s not going to be a massive difference in qualifying, but a bit more in the race.”