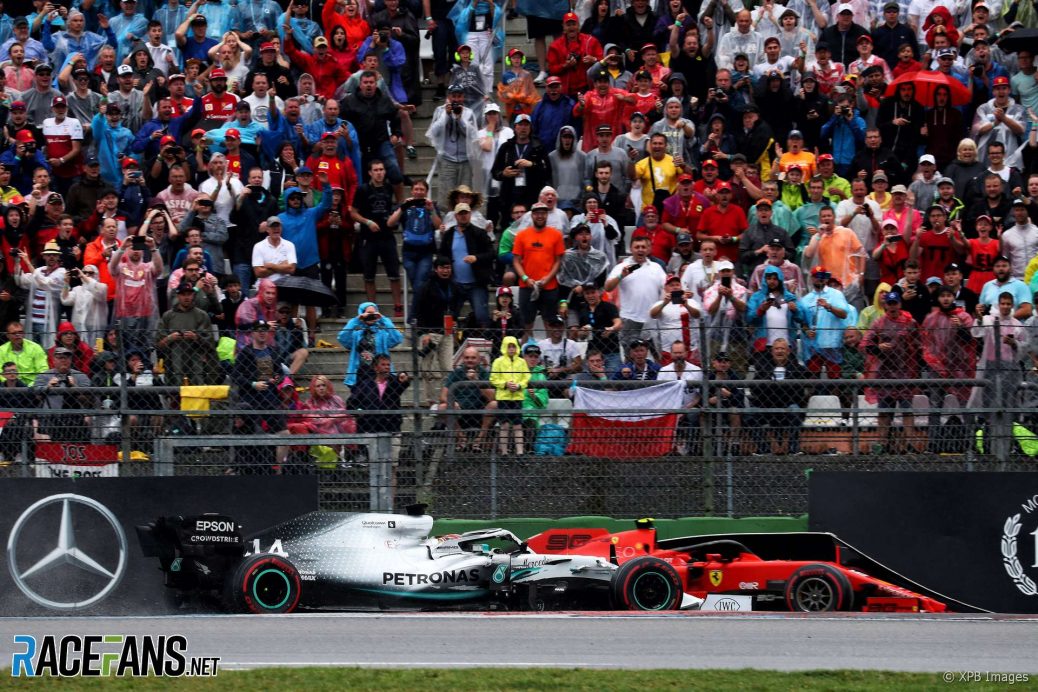 Fia race director Michael Masi said the possibility of penalising Lewis Hamilton for crashing while the field was running behind the Safety Car wasn’t considered.
Masi felt this did not need to be regarded as a driving infringement.
Hamilton was penalised for failing to follow the correct route into the pit lane, receiving a five-second time penalty.
Masi explained this was due to an “anomaly” with the Safety Car procedure arising from the fact Hamilton had spent almost a lap entering the pits and waiting there following his crash.
Michael Masi: “So it’s something for us to look at generally.”