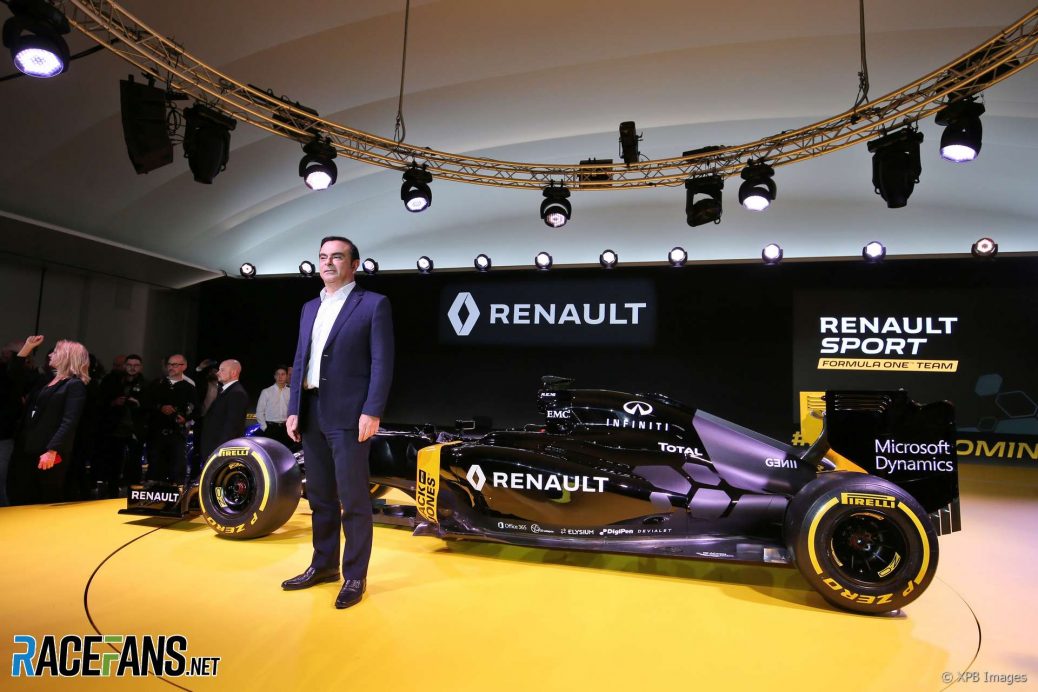 Renault team principal Cyril Abiteboul says he is not concerned for the future of its Formula 1 programme following the arrest of CEO Carlos Ghosn earlier this week.
Ghosn, a key supporter of Renault’s F1 team, was arrested in Japan on Monday over financial irregularities and subsequently fired by Renault’s alliance partner Nissan.
Ghosn remains CEO of Renault but the company has appointed COO Theirry Bollore as interim chief.
Cyril Abiteboul described him as “no stranger to Formula 1 – he has been a director of the board of the team since 2016.”
Browse all 2018 F1 season articles.