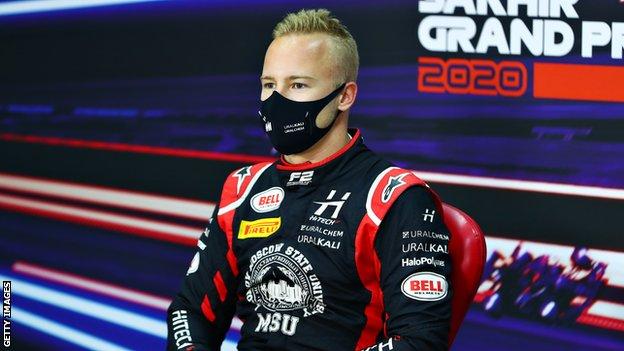 New Haas Formula 1 signing Nikita Mazepin has apologised for his “inappropriate behaviour” in an incident with a woman that was filmed and later posted on social media. I’ve let myself and many people down,” said Mazepin, 21. A statement from Haas said the team “does not condone the behaviour” of Mazepin in the video, adding the incident “is being dealt with internally”. It added: “The very fact that the video was posted on social media is also abhorrent to the Haas F1 team.”. Mazepin, who finished fifth in Formula 2 this season, was announced last week as a driver for Haas for the 2021 and 2022 season.