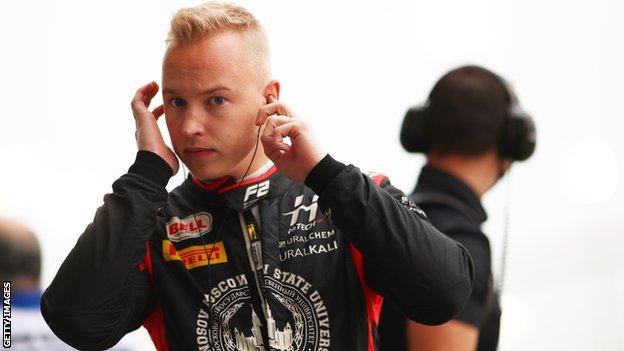 Russian Nikita Mazepin will make his Formula 1 debut for Haas next season. Mazepin, 21, third in Formula 2 with two races remaining, has signed a “multi-year deal”, the team says. Team principal Gunther Steiner said: “Nikita has underlined his credentials in F2 this year, with two victories and a handful of podiums in a strong season.”. Mazepin added: “Becoming a Formula 1 driver is a lifelong dream come true for me. “I’m looking forward to starting our relationship together, both on and off the track, and I’m naturally keen to continue to demonstrate my abilities after a strong Formula 2 season. Nikita Mazepin was second in the GP3 feeder series in 2018, before finishing 18th on his debut in F2 in 2019.