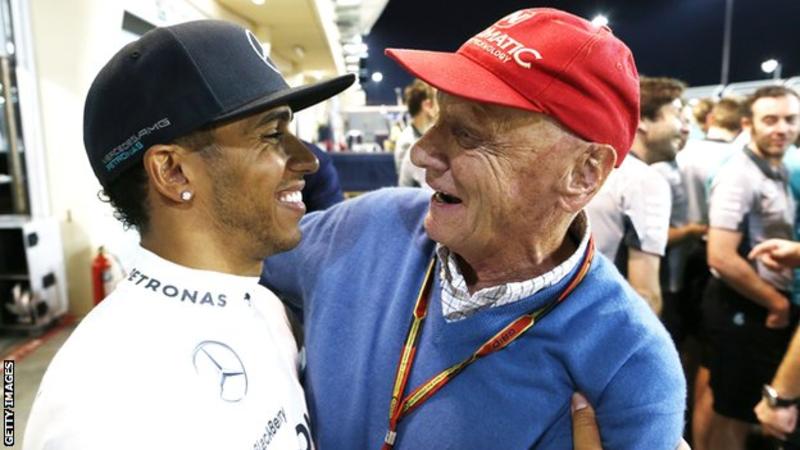 World champion Lewis Hamilton has paid tribute to Niki Lauda by saying he was “a bright light in my life”.
Lauda helped Mercedes win both the drivers’ and constructors’ title in the past five seasons.
BBC Sport: “Niki was loved all over the world, I don’t think he did anything bad to anybody.”
Australian Mark Webber, who competed in F1 between 2002 and 2013, ending his career at Red Bull, told BBC Radio 5 Live Lauda was “an absolute icon of our sport and there is a huge hole in our sport because of his passing”.