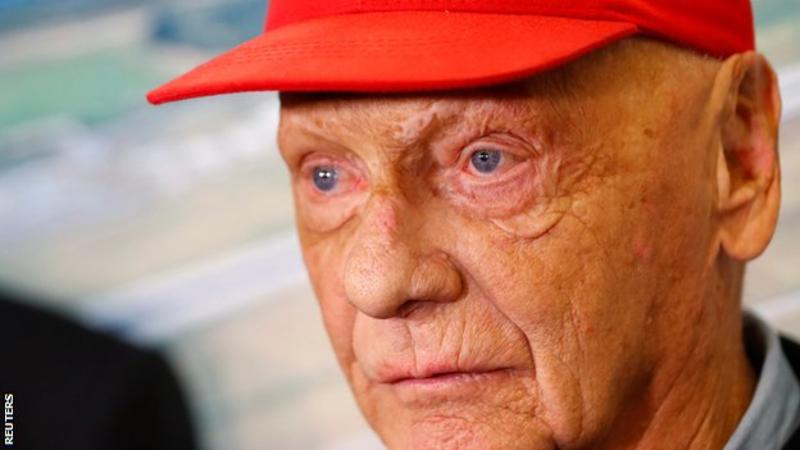 Three-time Formula 1 world champion Niki Lauda is in hospital in Vienna with influenza, five months after having a lung transplant.
Austrian Lauda, 69, was given his transplant in August after doctors found he had “severe lung disease”.
Lauda, a Mercedes F1 non-executive chairman, has legendary status in F1 not just for his championships – two with Ferrari and one for McLaren – and 25 race wins but his recovery from a fiery accident at the 1976 German Grand Prix.
Lauda was given the last rites after his Ferrari caught fire and he was trapped inside it at the Nurburgring, suffering severe burns to his face, hands and lungs.