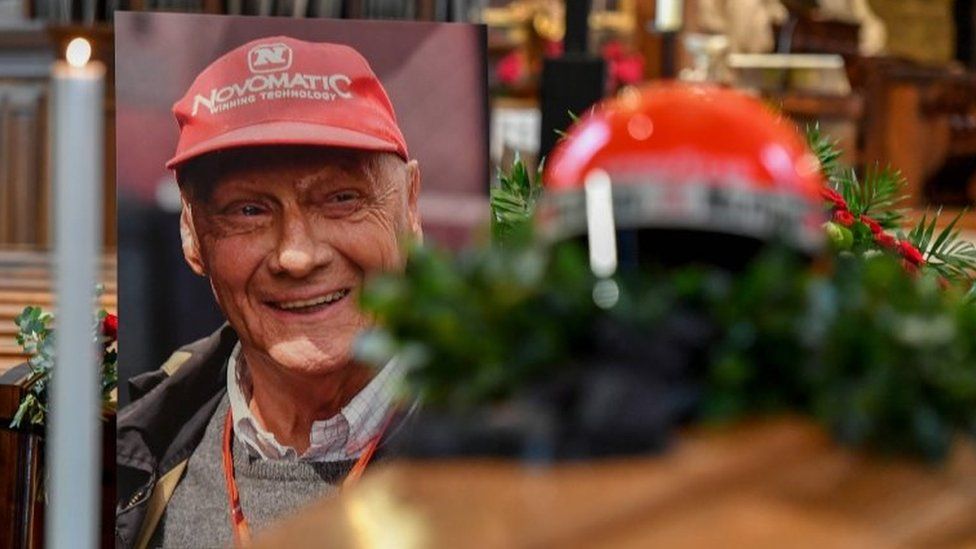 Thousands of people, including Formula 1 stars, are paying their last respects to racing legend Niki Lauda, whose body is lying in state in Vienna, Austria.
Lauda died last week aged 70 in Switzerland, where he was treated for kidney problems.
Current Formula 1 world champion Lewis Hamilton is expected to be among a number of motor racing stars to attend Lauda’s funeral on Wednesday.
After winning the Monaco Grand Prix last Sunday, the British driver paid tributes to Lauda.
Lewis Hamilton: “That was for you, Niki.”
As non-executive chairman of Mercedes, Lauda helped them win both the drivers’ and constructors’ title in each of the past five seasons.