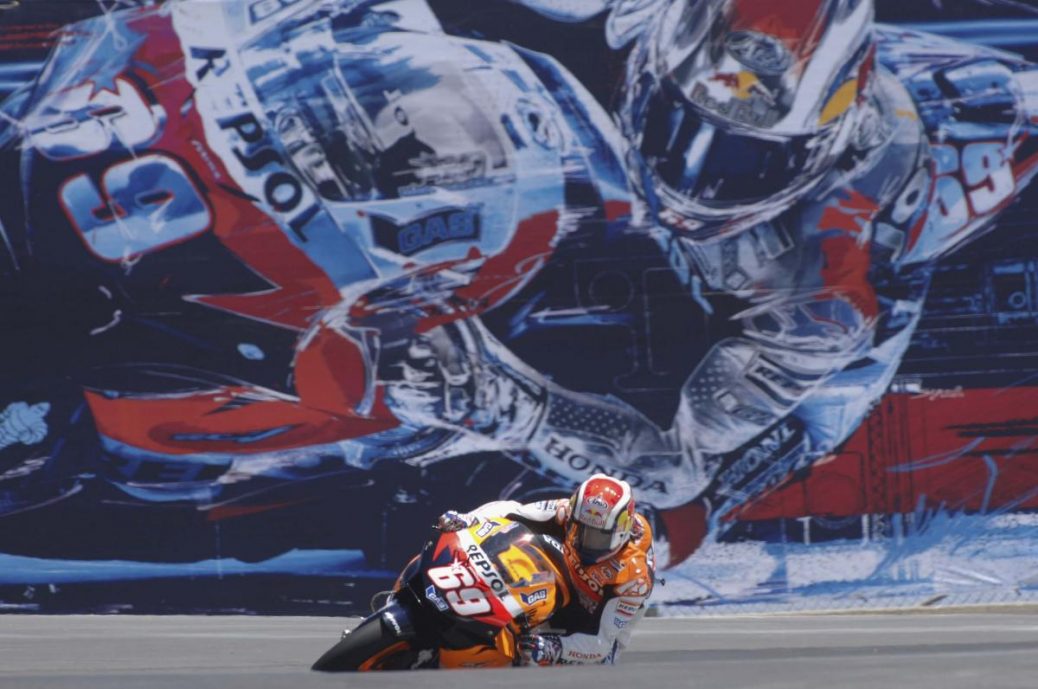 On the 29th of September, ahead of the Red Bull Grand Prix of The Americas, the late Nicky Hayden became the 269th – a homage to his famous number 69 – was inducted into the Motorsports Hall of Fame of America. In 2018, Hayden was inducted into the AMA Motorcycle Hall of Fame, but the 2021 ceremony at the Motorsports Hall of Fame of America honoured the 2006 MotoGP™ World Champion’s achievements from a more mainstream perspective. Hayden’s family, Jennifer Hayden, Tommy Hayden, Kathleen Hayden, Roger Hayden, Rose Hayden, and Earl Hayden attended the 33rd annual MSHFA Induction Celebrations held in Pontiac, Michigan. Hayden achieved many of his wins and titles with Honda, including his unforgettable 2006 premier class title with Repsol Honda.