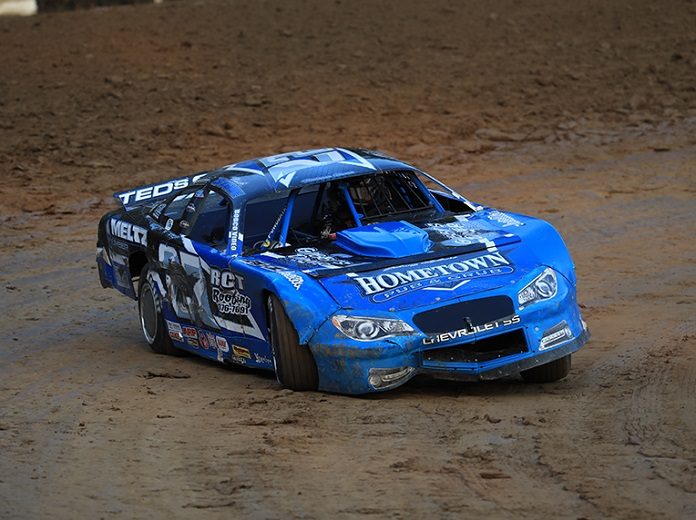 MALTA, N.Y. – Sometimes, the most effective way of getting to the front is by paying attention to the cars you pass on the way up. “I started seventh, which is actually a good starting position,” Stone said. This played right into Stone’s hands, as he was able to get in behind the other fast cars in front of him for the opening laps and search for the fastest route around them. Now with his two biggest threats for the lead out of the picture, Stone set his No. But Stone said he’s hoping for slick surfaces all week, so he can dial his car in similarly each night he’s on the track. “We were a little off and we’re gonna tweak on it,” Stone said.