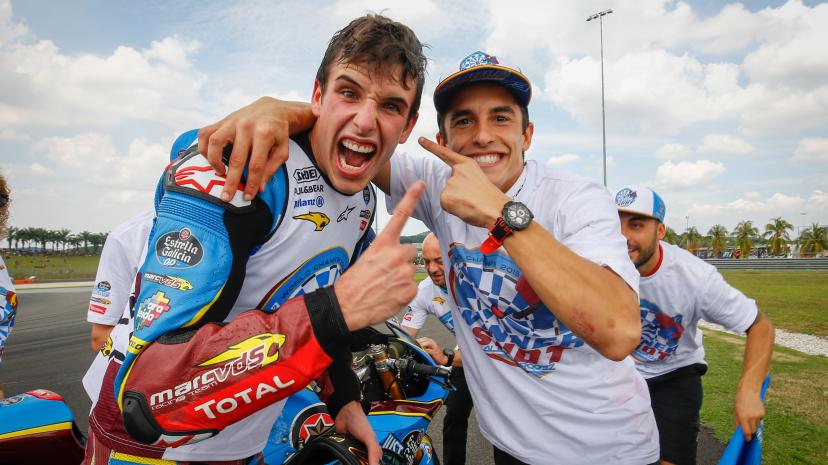 After Marc and Alex claimed the MotoGP™ and Moto2™ 2019 titles, Nick Harris looks at other brothers who have competed on the world stage.
For the second time in five years older brother Marc and his younger sibling Alex have grabbed the ultimate accolade and won world titles.
Scott Doohan finished 12th riding the 500cc Harris Yamaha at the 1994 Australian Grand Prix at Eastern Creek.
The most successful brothers, apart of course from the Marquez boys, are the French Sarron brothers.
Younger brother Dominique won four 250cc Grands Prix and finished third in the 1988 World Championship.