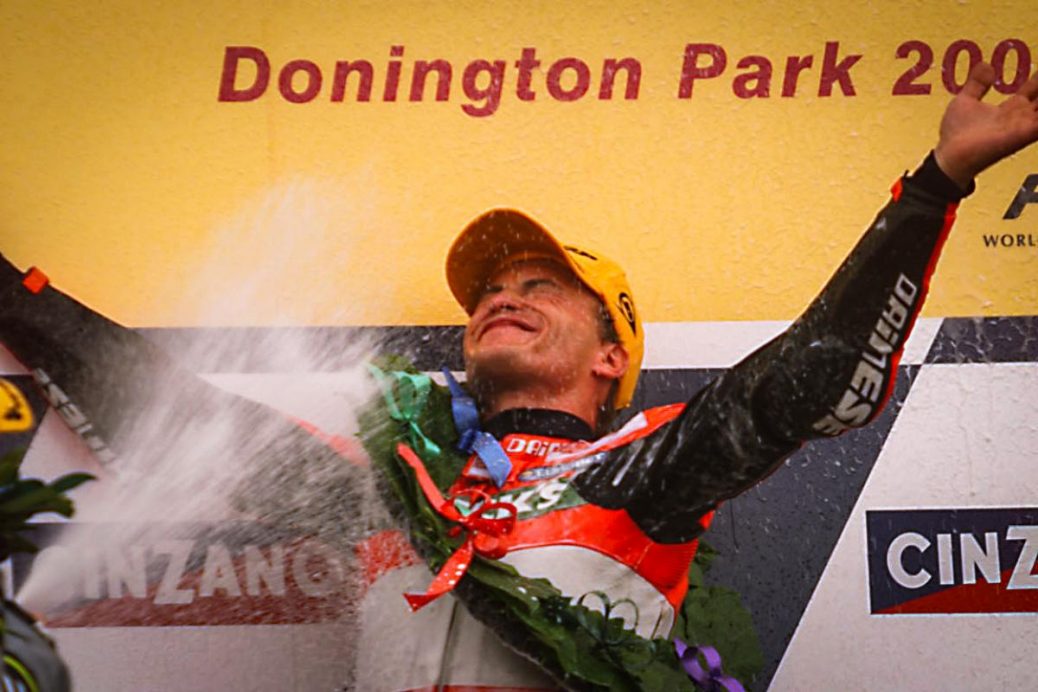 88 premier class wins, four more at Donington and seven World titles followed, and Valentino Rossi was the new hero for British fans. Three years earlier he dressed up as the infamous local outlaw Robin Hood, hat and all after winning the 125cc race on route to the World title. Rossi won one more Grand Prix in 2000 at Rio. Rossi may have been the new hero, but Jeremy McWilliams also played his part including the Superbike Island remark. He finished third in that 2000 British Grand Prix riding the Aprilia twin less than a second behind Rossi.