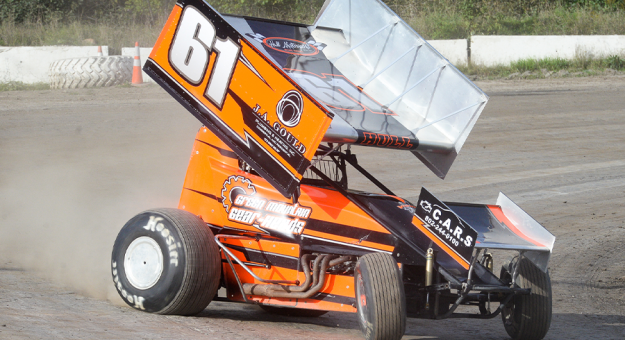 LOUDON, N.H. — After a successful debut in 2019, the Flat Track at New Hampshire Motor Speedway will be back with two big events featuring the USAC-Dirt Midget Ass’n and the Sprint Cars of New England on June 18 and July 15. The Musket Dirt Shootout on June 18 will pay $1,500 to the winner of both the sprint car and midget races. The Dirt Duels will pay $3,000 to win in each division, making it the highest-paying sprint car and midget race in New England. Carlson took a few laps on the new clay recently and is very excited about the upcoming races. “SCONE has been waiting to race at The Flat Track for a couple years now. Will Hull finished second to Carlson in the 2019 USAC-DMA midget race and will be pulling double duty with the midgets and sprint cars.