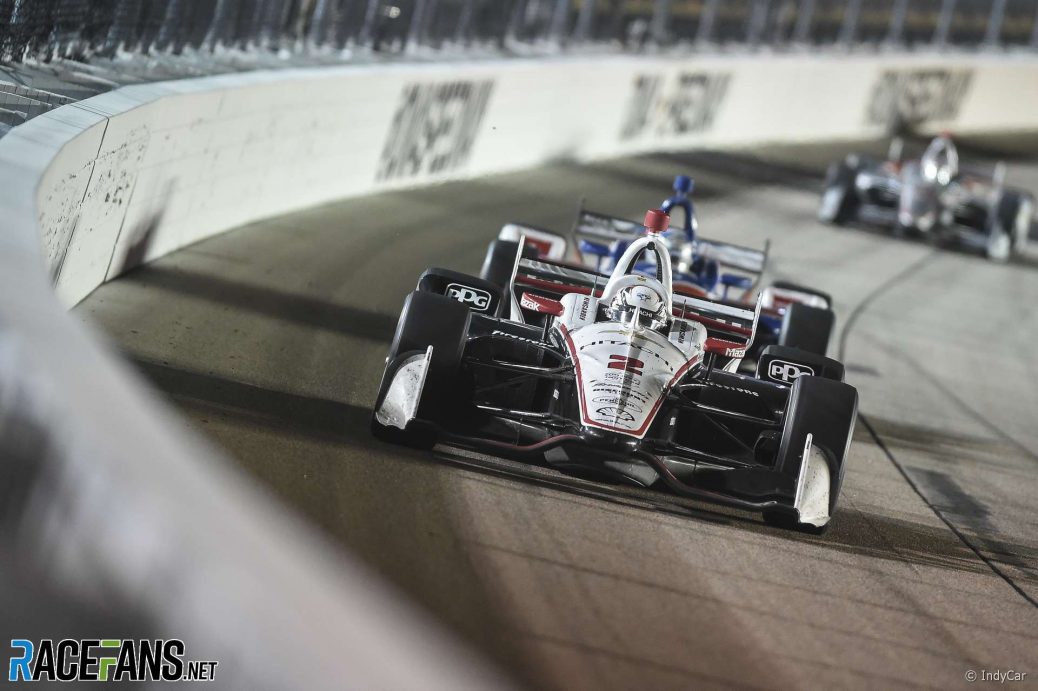 Josef Newgarden extended his IndyCar championship lead by controlling proceedings after the Iowa 300 was delayed by several hours due to rain.
Newgarden’s team mates led the way at first: Will Power took the lead from pole sitter Simon Pagenaud.
But Newgarden found his way by Power, who kept up the pursuit as Pagenaud slipped back.
That promoted Dixon to second place, though over the finalchase to the flag he was unable to do anything about Newgarden.
Newgarden’s fourth win of the season puts the 28-year-old in with a strong chance of reclaiming the title he won in 2017.