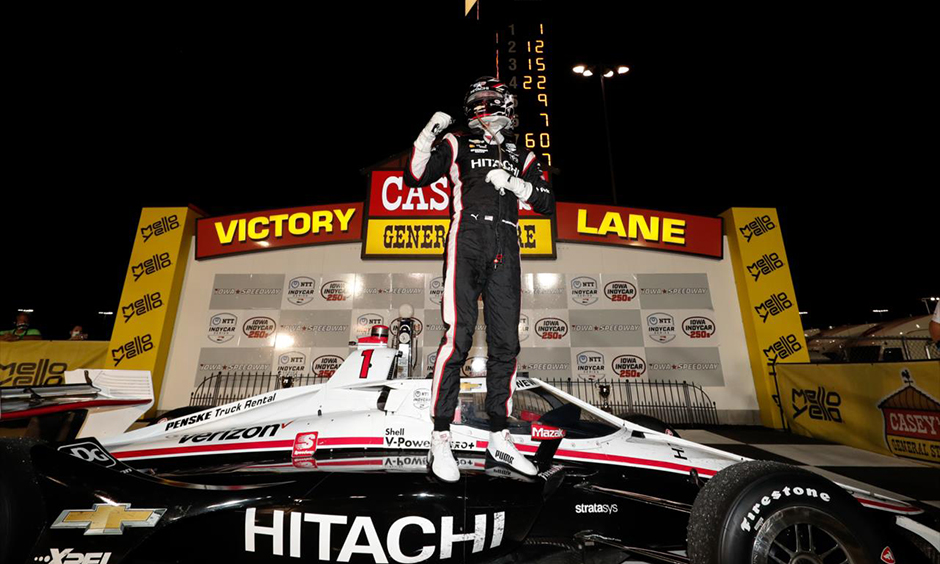 Defending NTT INDYCAR SERIES champion Josef Newgarden proved Iowa Speedway might just be his best racetrack on the schedule as he put on a dominating performance Saturday night to win Race 2 of the Iowa INDYCAR 250s Doubleheader. Newgarden became the first INDYCAR driver to win at Iowa Speedway from the pole, easily driving to his first win of the season and 15th of his career in the No. 1 Hitachi Team Penske Chevrolet. “Feels really good,” said Newgarden, who finished fifth in last night’s Race 1 despite leading 68 laps. Josef Newgarden: “I was so determined to come back today.”