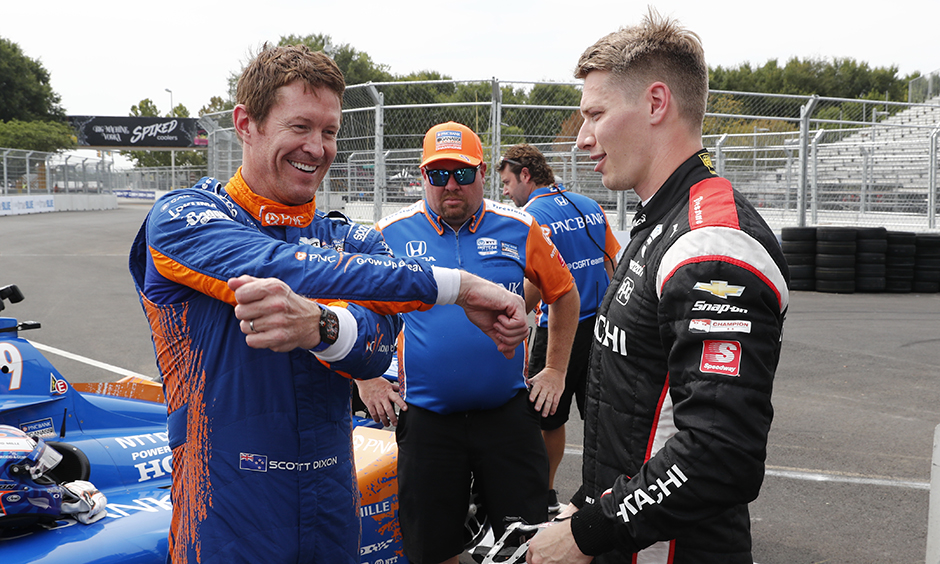 Josef Newgarden and Scott Dixon have combined to win the past four NTT INDYCAR SERIES championships, and they have eight titles and 71 race wins between them in this series. Newgarden is 34 points out of the lead, Dixon is 49 in arrears. The season ends Sept. 26 with the Acura Grand Prix of Long Beach, an often-wild street race where Newgarden and Dixon stood on the post-race podium in 2019. Dixon won the 2015 race there and was third in 2019 at Laguna Seca. “Going into Laguna Seca 34 points out of the lead is definitely doable,” Newgarden said. Said Dixon: “Unless you’re out (of contention), you’re not out.”. At race’s end, he was fifth and on his way to his fifth series championship.