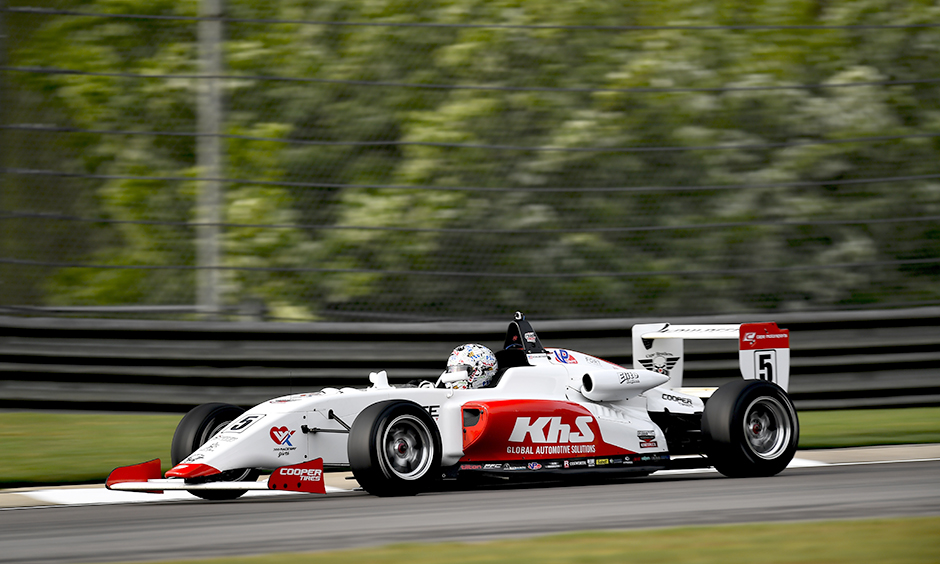 The Cooper Tires USF2000 Championship isn’t joining its Road to Indy Presented by Cooper Tires compatriots this weekend at World Wide Technology Raceway, but the series will be strongly represented off track by a local team and its drivers – all focused on making the transition from the karting ranks to the NTT INDYCAR SERIES. When Curtis Francois purchased World Wide Technology Raceway in 2013, he wanted karting to play a significant role, and he turned to Freber. Getting to know Stamer as he progressed through the Ignite Karting program, it became clear that he would need help continuing his progress. From that conversation, the Ignite Autosport team was born – they just needed a race team. “As far as we are concerned, it starts with Ignite Karting, then probably some period at the Lucas Oil School of Racing, then the Lucas Oil Formula Car Race Series, and into USF2000” Freber said. The mission for Ignite Autosport was clear from the start: be a bridge from karting to the Road to Indy.