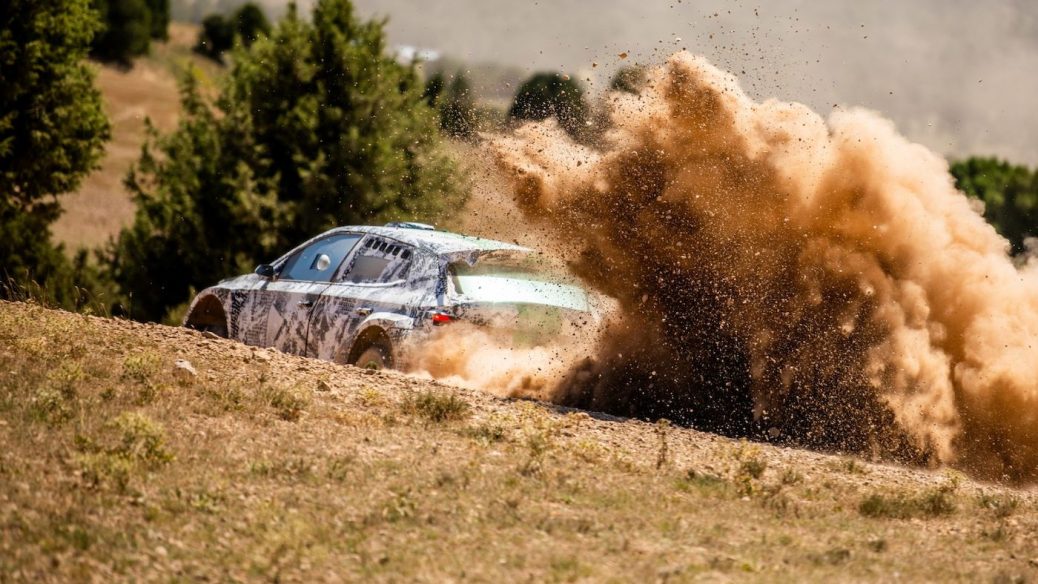 Skoda Motorsport has issued a brief glimpse of its new Fabia Rally2 car during initial testing. A first prototype of the car has been tested on asphalt and gravel roads in the Czech Republic, France and Spain. It is based on the fourth-generation road car, which was unveiled in May. “The all-new Skoda Fabia for the Rally2 category has entered the development and testing stage,” said Skoda Motorsport head Michal Hrabánek. “Fortunately, our technicians can build on comprehensive knowhow and expertise of the ongoing Skoda Fabia Rally2 evo project, which still is very successful worldwide.”. The new four-wheel drive car is again powered by a 1.6-litre turbocharged engine connected to a five-speed sequential gearbox.