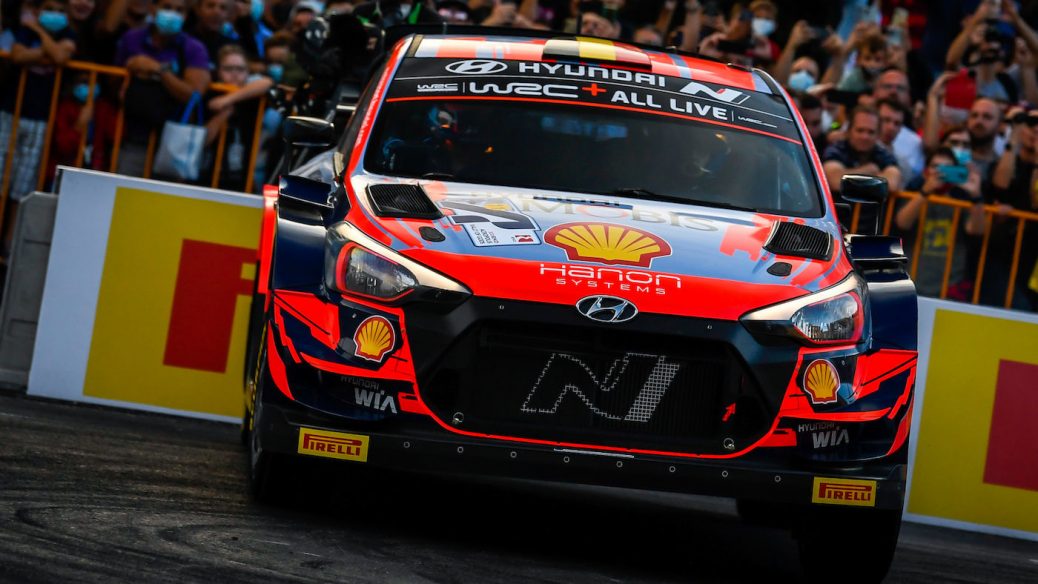 Thierry Neuville has pointed to the EKO Acropolis Rally Wolf Power Stage as one that could prove decisive in the overall outcome of the Manufacturers’ Championship. Neuville was the top Hyundai, 5.7 seconds shy of Kalle Rovanperä’s benchmark on the 12.68-kilometre test. “I was pushing hard in the Power Stage,” said Neuville, “but it looks like all three [Hyundais] were a little bit down. Neuville said he would be working with the team to try to rectify the technical issues for the final three events in the life of the i20 Coupe WRC. Everybody puts a lot of effort in and sometimes it doesn’t work out like you want – we had a lot of technical issues this year.