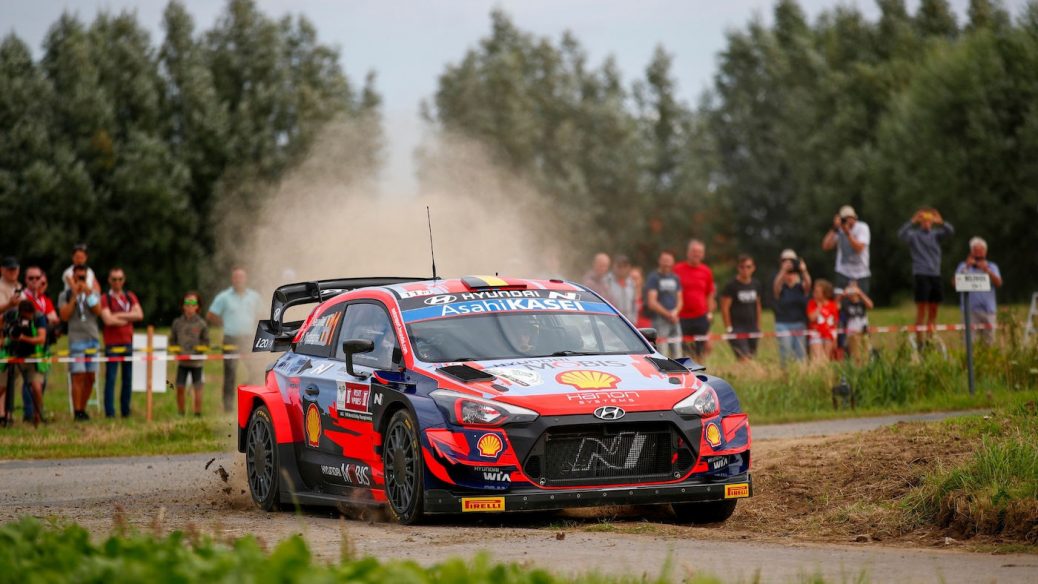 Thierry Neuville held a slender 0.4sec advantage over team-mate Craig Breen after a pulsating opening afternoon at Renties Ypres Rally Belgium on Friday. Tänak was fastest through the opening Reninge – Vleteren speed test, but the Estonian overshot a junction in the following Westouter – Boeschepe stage to allow Neuville and Breen to duel it out for supremacy. Breen, rally winner in 2019, was quickest in Westouter and the following Kemmelberg to open a 1.6sec lead. Neuville, victor in 2018, won Zonnebeke to overturn the deficit and return to mid-leg service in Ypres on top. “I’m comfortable and driving my own rhythm,” said Neuville.