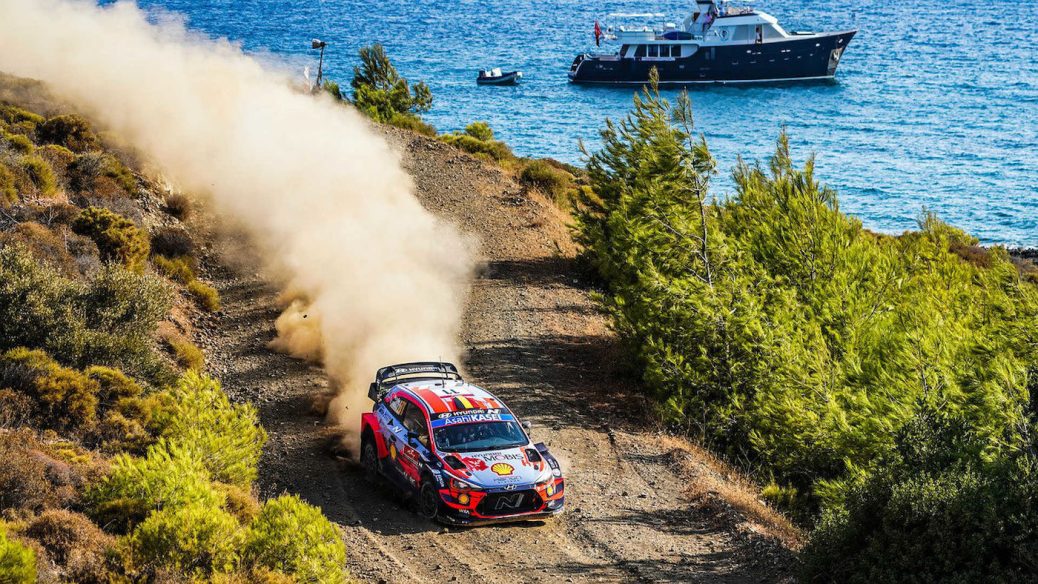 Neuville on top at Rally Turkey after dramatic Saturday

Thierry Neuville thrived in Rally Turkey’s gruelling conditions on Saturday to build a substantial lead during an enthralling and topsy-turvy leg. Ogier and Neuville swapped seconds during the three morning tests, the former holding a slender 1.6sec lead at the mid-leg service in his Toyota Yaris. Two afternoon stage wins, to add to a morning success, promoted him into the lead as Ogier fell to fourth with a puncture and a suspected hydraulic problem. “The afternoon was much better than the morning,” said Neuville. Ogier recovered to second and was joined by Loeb, who won the final stage to leap from fourth after losing time this morning with a poor tyre choice. Evans was fourth in his Yaris after holding second in the early afternoon. Sébastien Ogier led Rally Turkey at the midpoint of Saturday’s second leg after a titanic morning tussle with Thierry Neuville.