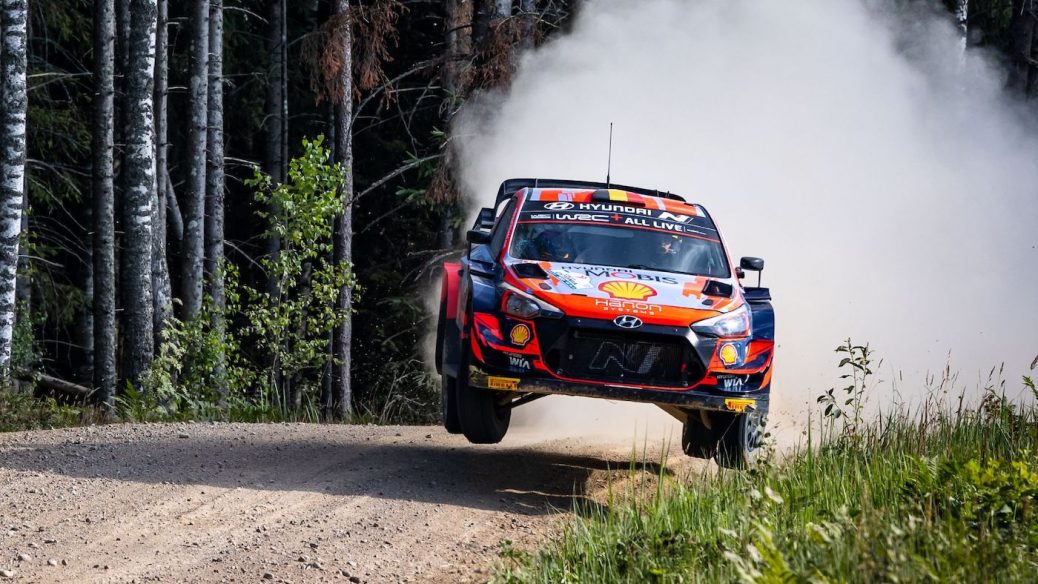 Rally Estonia podium finisher Thierry Neuville said last weekend’s Tartu event was mission accomplished in terms of his FIA World Rally Championship aspirations. “My main target was to finish ahead of Sébastien and Elfyn and I’m pretty much still in the fight for the championship,” said the Hyundai Motorsport driver. “I am the one with the less challenges and everything is still open and that’s why I wanted to fight hard this weekend and stay ahead of them.”. He added: “We knew coming here that it’s going to be a tough weekend for us. But I was able to fight back hard on Saturday and as well today [Sunday], increasing continuously the gap to Ogier and taking more Power Stage points than both of them.”.