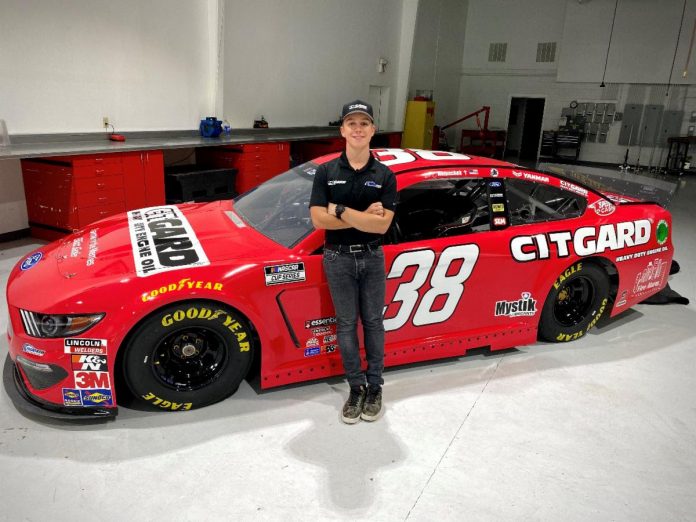 Nemechek Throws Back To Elliott Sadler For Darlington

38 Front Row Motorsports Ford Mustang, driven by NASCAR Cup Series rookie John Hunter Nemechek, will sport a special paint scheme for the NASCAR throwback weekend at Darlington Raceway, paying tribute to retired driver Elliott Sadler. 21 CITGO Ford Taurus that Sadler raced during his own rookie season with Wood Brothers Racing in 1999 and again in 2000. We’re proud of the success John Hunter Nemechek has had in his rookie season and we look forward to seeing the No. In his rookie season, Sadler earned five top-15 finishes and one top-10, completing 97% of all competition laps in 34 starts. “Like many in the sport, I had been racing against Joe Nemechek since John Hunter was a baby,” said Sadler.