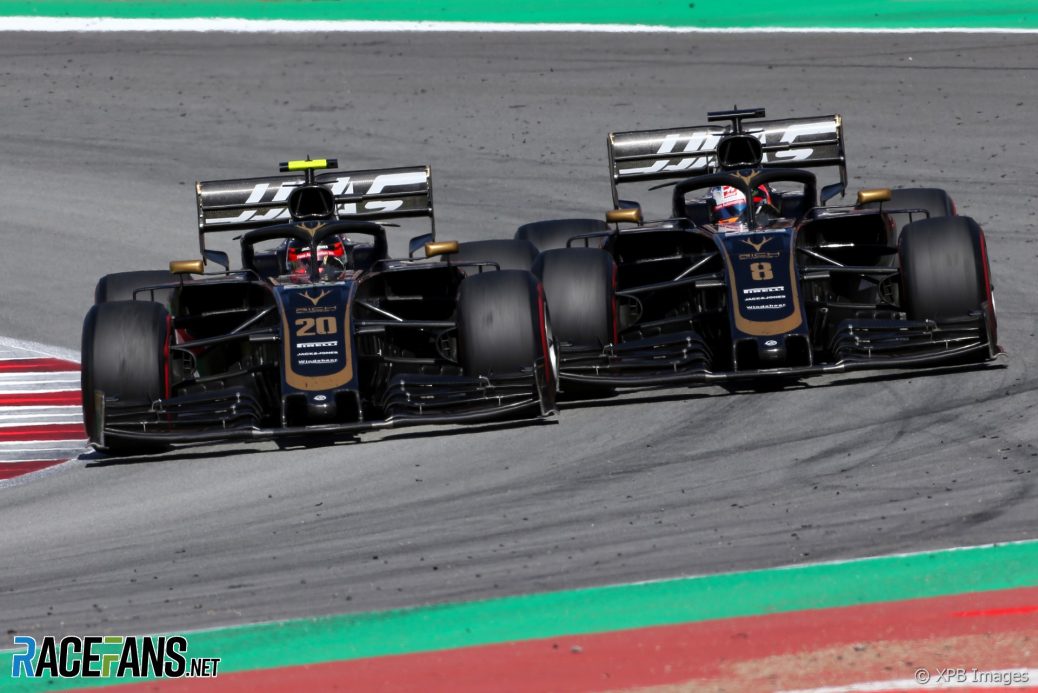 Neither Haas driver is winning as team’s struggle goes on | 2019 team mate battles: Grosjean vs Magnussen

The opening round in Australia appeared to bear that out as Kevin Magnussen came home ‘best of the rest’ behind the top three teams (Romain Grosjean’s progress was halted by a pit stop error, just like last year).
Comparing the performances of their two drivers under these circumstances is tricky, particularly as they’ve had different hardware for the last three races (since reverting to the old car, Grosjean has out-qualified Magnussen every time).
Amazingly they tangled again in Germany, this time while Grosjean was passing Magnussen, and the latter veered well off the racing line as he tried to hold his team mate back.