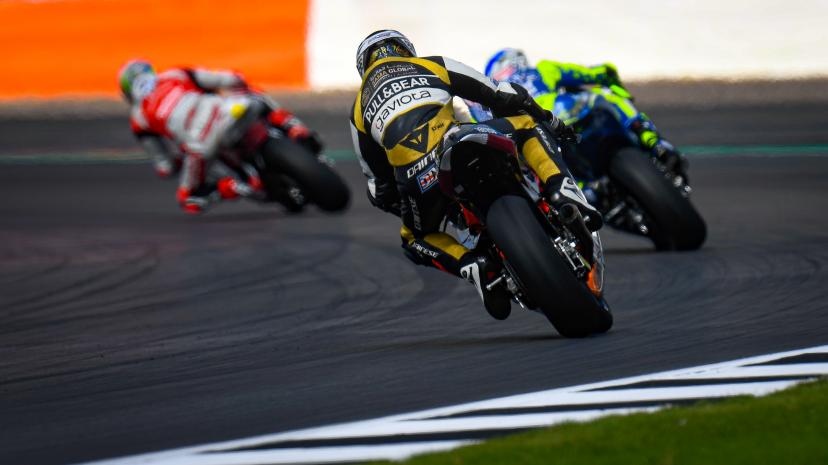 Navarro keeps Speed Up at the summit in FP2

Campetella Speed Up’s Jorge Navarro went one better than he did in FP1 to finish Friday at the GoPro British Grand Prix as the fastest Moto2™ rider.
FP1 saw Navarro and teammate Fabio Di Giannantonio sit pretty at the top of the times as Speed Up got off to a perfect start at Silverstone.
And Navarro would hold onto his advantage until the session closed, that time set in the early stages was enough to unveil the number 9 as the man to beat heading into Saturday.