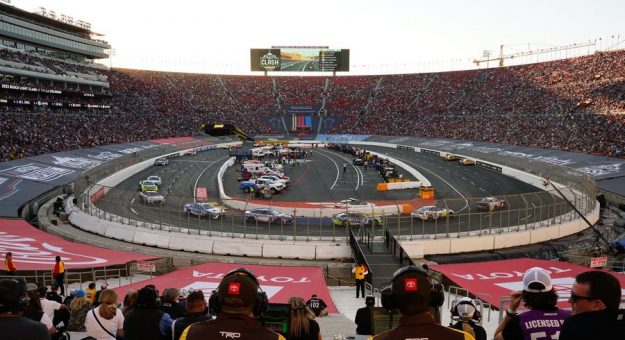 NASCAR’s Busch Clash has been confirmed as returning to the L.A. Ben Kennedy, NASCAR’s Senior Vice President of Racing Development and Strategy, announced the renewal of the exhibition race at the historic football stadium Sunday (June 12) on Fox Sports 1. This season marked the first time the pre-season exhibition race was held outside Daytona International Speedway. Team Penske’s Joey Logano won the first race on the 1/4-mile temporary track at the Coliseum, beating Kyle Busch for the honor. When asked about the possibility of a NASCAR Cup race at an international venue, Kennedy said he thought it would be “sooner rather than later” with it being on NASCAR’s radar in three to five years.